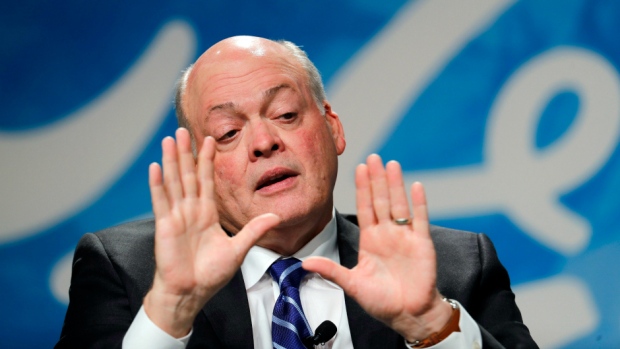 NEW YORK — Ford Motor Co's (F.N) unexpected decision to replace its chief executive officer on Monday may not be the catalyst that revives its slumping share prices.

Shares of the second-largest U.S. automaker rose 2.1 per cent Monday, a relatively muted reaction given the 0.5-per-cent gain in the broad Standard & Poor's 500 index. Over the last 12 months, shares of Ford are down nearly 16 per cent due to concerns of declining automobile sales and the threat of autonomous vehicles to shrink future demand.

The S&P 500 index has jumped nearly 17 per cent over the same time, while shares of competitor General Motors Co (GM.N) are up about 8 per cent and shares of electronic vehicle pioneer Tesla Inc (TSLA.O) are up nearly 41 per cent.

“There's just nothing out there that looks like it will get the stock moving,” said Gary Bradshaw, an analyst at Dallas-based Hodges Capital, who said that he attended a luncheon with outgoing CEO Mark Fields about two months ago in which Fields pressed the portfolio managers sitting around him about why they were not buying shares in the company.

The change in the company’s leadership does not solve the structural problems facing the industry, said Bradshaw, who does not own shares in the company and does not plan on adding them.

"GM is in the same boat. They don't have a car out there like a Tesla that is getting people excited and saying they need to buy it," he said.

One significant auto investor who declined to be named said the CEO change would probably not be a catalyst for the stock.

"The company hasn't kept pace with innovation, and the sector faces long-term problems," the person said.

At US$51 billion, the market valuation of Tesla Motors is larger than both Ford and General Motors at a time when the company is not profitable, in large part due to expectations that it has greater growth potential than its more established rivals. Ford, which announced plans to cut 1,400 white-collar positions last week, is expected to look at further significant cost cuts in the next three to six months, company officials told Reuters. Ford's lower stock price could also be due to far lower buy-back spending than GM's, analysts said. Ford's buy-back spending - net retirement of stock - was US$145 billion or US$2.6 billion over five years, with the bulk coming in 2014 which was a one-time buy-back to offset the dilution of both stock that was going to come onto market from an employee stock ownership plan and from convertible notes that were due to become exercisable for conversion to shares. 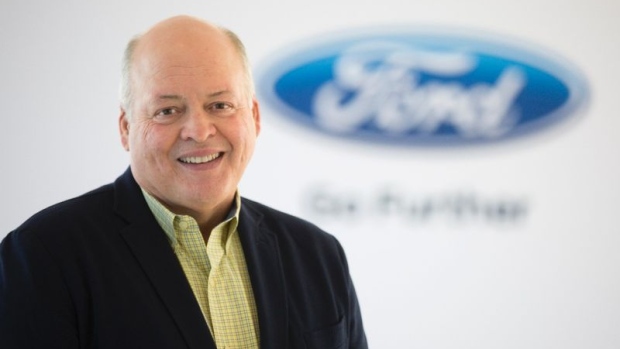 GM's buy-back spending was US$2.5 billion last year and US$16.8 billion over five years.

Ford has a dividend yield of 5.5 per cent, versus General Motors of 4.6 per cent.

Ford has felt less pressure from outside activists to undertake efforts to boost its share price, in large part because the Ford family, which holds nearly 40 per cent of the voting power among shareholders. GM, by comparison, has fended off calls from well-known hedge funds like David Einhorn's Greenlight Capital, which has pressed the company to split the company's stock.

Ford's new chief executive, James Hackett, who had been overseeing its division focused on self-driving cars, has a reputation as a turnaround artist for guiding changes at furniture maker Steelcase Inc that helped it regain its market leading position, though those reforms did not always benefit shareholders.

Notably, on both a price and total return basis, Steelcase underperformed its main competitors like Herman Miller Inc and HNI Corp by substantial margins on a cumulative basis.

Other management changes at the company could be coming as Hackett attempts to reposition the company for a new era of electric vehicles and autonomous driving, said Adam Jonas, an analyst at Morgan Stanley. That could mean that "the earnings situation may need to get materially worse before it gets better," he wrote in a note Monday.