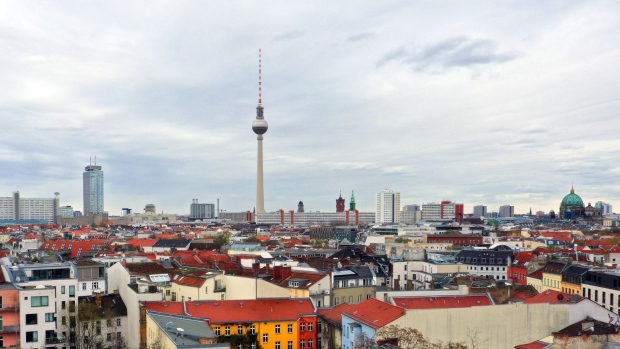 (Bloomberg) -- A group of Adler Real Estate’s shareholders started litigation proceedings against the parent company to prevent a plan to sell almost all of the unit’s assets.

The group hired Munich-based law firm Martius to begin litigation, which was filed to Berlin’s regional court at the end of last month, according to people familiar with the matter. The motion seeks to block the Adler Group SA’s proposed sale of almost 95% of Adler Real Estate’s residential and commercial units to a third party, the people said.

The move is the latest initiative taken by Adler Real Estate’s investors concerned that assets and cash are being moved out of their reach. The group is seeking to pay down €6.3 billion ($6.2 billion) of debt just as Germany’s once booming real estate market shows signs of turning.

The German landlord has been thrust into limelight by allegations leveled by short-seller Viceroy Research and a former associate of Cevdet Caner, the tycoon accused of pulling the strings behind the company. Investors are concerned about the financial position of the landlord, after large-scale asset sales and a forensic probe into allegations of fraud failed to stop a slide in its shares and bonds.

Adler made a number of writedowns this year, including hundreds of millions of euros in receivables that Viceroy had flagged in the report, and has also written down the value of its development arm Consus Real Estate AG.

Adler’s management said an investigation led by KPMG didn’t find evidence of “systematic fraudulent and looting transactions.” The forensic report couldn’t disprove some allegations regarding Caner’s involvement and deals. KPMG has since resigned as Adler’s auditor.

Adler declined to comment for this story but has previously said it is engaged in constructive discussions with the majority of its bondholders, including a larger group of creditors to the parent company. Representatives for Martius did not respond to a request for comment.

Adler Real Estate is the unit that led a three-way merger with Consus and ADO Properties to form Adler Group in 2020. The parent company now owns almost 97% of its shares, while the unit has about €1.5 billion of debt, including €500 million of bonds due in April 2023.

The troubles now engulfing the company have made some creditors nervous about its ability to raise sufficient funds from asset sales to meet those obligations. The subsidiary moved almost €600 million in loan and cash to Adler Group since December.

Some hedge funds that specialize in distressed debt have also bought the bonds in an attempt to capitalize on the situation. Notes due April are indicated at 82 cents on the euro, while bonds maturing in 2026 are at 69 cents, according to CBBT prices.