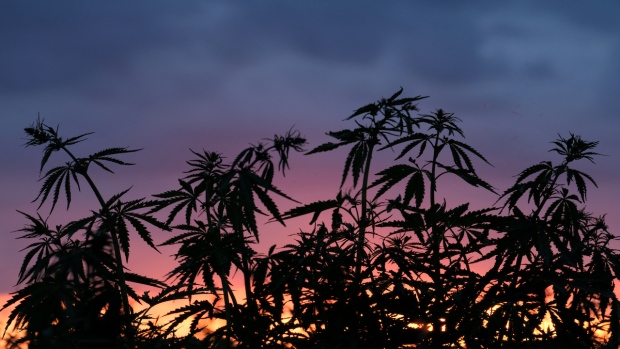 Only Xebra will be authorized to legally manufacture CBD and CBG products in Mexico.

Globally, the stigma against cannabis is fading. Cannabis has now been legalized in more than 30 countries and decriminalized in over 20, as governments everywhere move away from the dated, harmful prohibition model.

One country that’s at an exciting stage in its legalization journey is Mexico. The momentum towards legalizing cannabis began there in 2014 and recently personal possession of small quantities of the herb was decriminalized. In 2015, some individuals began to challenge the constitutionality of prohibition, and the first of several injunctions were granted for personal consumption; this also led to the ease of restrictions on growing cannabis in a household setting for personal use.

Since then, steps have been taken towards allowing Mexicans greater liberty to use cannabis medicinally, but recreational use remained uncharted territory — until now.

Some see the country as on the precipice of legalization, but even on the most optimistic of timelines, the Mexican legal cannabis rollout will be slow, and laden with red tape.

Despite this uncertain timeline, one company, Xebra Brands (XBRA: CSE | XBRAF: OTC | 9YC: FSE), won’t need to wait. Xebra’s Mexican subsidiary has just been granted an injunction by the Supreme Court, filed in 2019, which makes it the first and only company in Mexico permitted to import, cultivate, and process cannabis, as well as sell cannabis and CBD products containing less than one per cent THC.

Xebra is no stranger to blazing trails in the cannabis industry around the world. Recently, they were selected as one of just five companies to participate in a Netherlands pilot project, trialing the distribution of legal, medicinal cannabis through pharmacies. In Colombia, the company is completing agronomical evaluations to fully register cannabis seed varieties in anticipation of commercial activities in the coming year.

Cannabis for wellness and lifestyle

But it’s not just Xebra’s experience navigating the complexities of government red-tape that leaves them well-poised to dominate the Mexican market. Their well-rounded, quality-focused portfolio of CBD and lifestyle products — all drawn from their superior genetic library — speak for themselves with investors, partners, and consumers.

Xebra is particularly well-known for its beverages, such as seltzers, soft drinks, lemonades, energy drinks and a CBD sports beverage. Thanks to strong shareholder relationships in the Mexican beverage sector, they’re well-poised to bring those products to consumers.

Nourishing wellness products, such as capsules, tinctures, and topicals are another mainstay of their offerings. It’s the company’s exclusive intellectual property that makes these products truly exciting.

The recently granted injunction means Xebra is now the sole company able to cultivate and process cannabis into CBD and CBG products in Mexico, then sell them both domestically and by export to other cannabis-legal countries.

The company believes its first-mover advantage in the Mexican CBD and CBG market could last one to three years.

There is still a significant amount of misinformation circulating about the legal status of cannabis in Mexico, therefore this injunction positions Xebra well ahead of the arduous, often lengthy road from on-paper legalization to bringing medicinal and recreational products to Mexican consumers.

Their early-mover advantage is not the only reason Xebra chose to focus on the Mexican market. In fact, the company believes the country has the potential to be one of the largest near-term country cannabis consumer markets in the world, and that the Mexico-cultivated flower may come to dominate the North American market.

“There is sufficient precedent in the agricultural and manufacturing sectors to suggest that ultimately the majority of North American industrial-scale cannabis activity may occur in Mexico.”

Also, Mexico boasts a perfect climate for cannabis cultivation, and an abundance of skilled, affordable labour thanks to the prevalence of other kinds of agricultural production. Xebra’s techniques and processes allow them to compound those savings further, creating highly cost-effective cultivation that they believe may one day be emulated throughout the industry.

Together with the USMCA free trade advantage and the low operational and capital expenditures, these processes create a rock-solid Latin American business model for production, domestic sale, and international export, with plenty of room to scale and grow.

Xebra foresees itself as a major player in this still-young industry, which continues to grow exponentially. Cannabis market projections are expected to reach U.S. $103.9 billion globally by 2024 — U.S. $47.3 billion in North America alone.

Of course, these trends are exciting. But they also spell stiffer competition, as more and more companies jostle for a piece of the pie. Companies will need expert leadership, solid processes, and industry know-how, but they’ll also need to be in the right place at the right time.

With their exclusive first-mover status in the burgeoning Mexican market, Xebra Brands ticks all those boxes.

To learn more about Xebra Brands, visit their website here.

Make sure to follow Xebra Brands on social media: