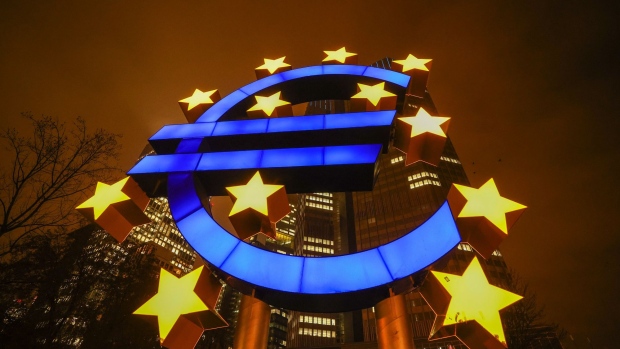 Investors trying to predict the European Central Bank’s stimulus plans are about to run into deeper uncertainty even as the clouds around the pandemic start to lift.

Talks on how to exit the ECB’s crisis measures are set to coincide later this year with a potential change to its inflation goal. That’ll leave market participants unsure what monetary support officials will provide and how much inflation they’ll tolerate as the economy recovers from the worst recession in living memory.

The risk is that such unpredictability boosts volatility in borrowing costs -- a so-called taper tantrum -- that could undermine the recovery. It’ll put investors on guard for signs the Governing Council is thinking about that possibility when President Christine Lagarde speaks after Thursday’s policy meeting.

She’ll almost certainly repeat her pledge to keep financing conditions favorable until the coronavirus crisis is over, but that doesn’t resolve the question of how she’ll unwind emergency bond-buying and manage the transition to more-standard tools.

“In terms of how they handle the asset-purchase program, reinvestments, any future thoughts on tapering and actually hiking rates, you can only have very weak convictions,” said Richard Kelly, head of global strategy at Toronto Dominion Bank. “Not only is the economic outlook as uncertain as ever, but it isn’t clear how they want to change their objectives.” 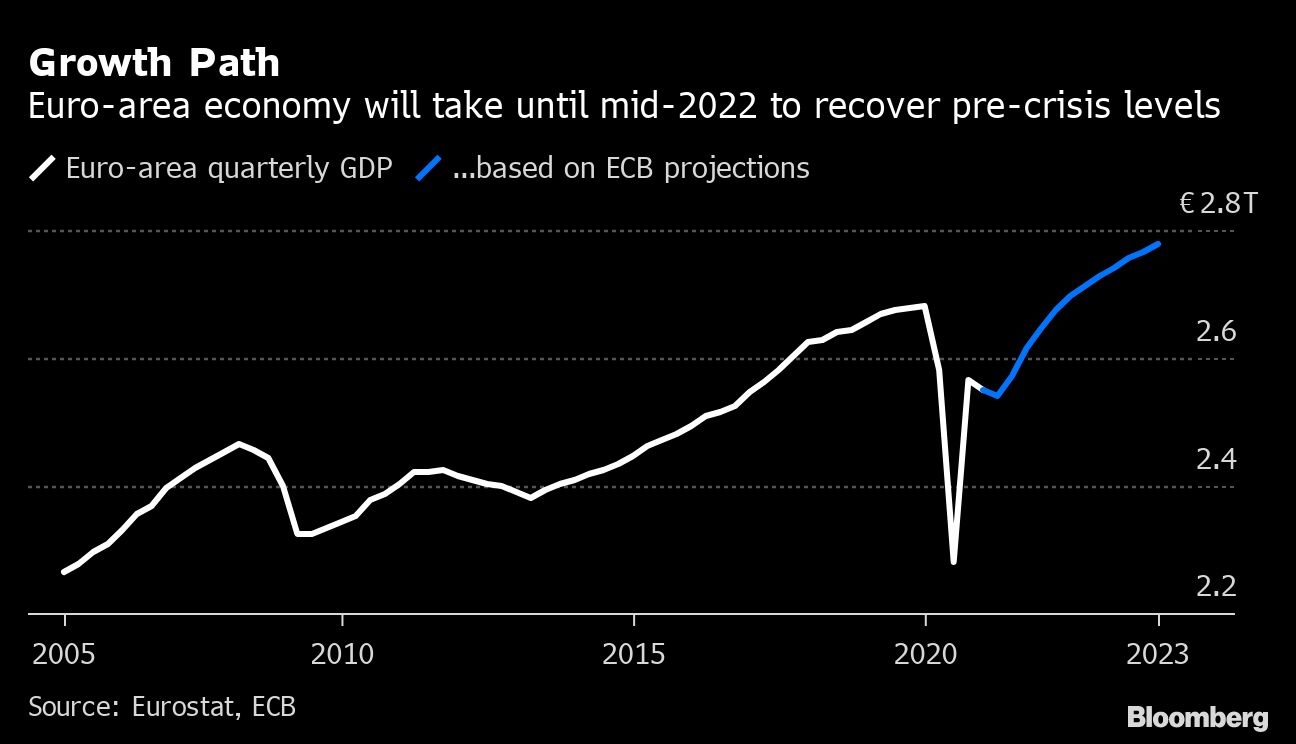 The ECB’s reappraisal of its inflation goal is part of a wide-ranging strategic review that was delayed by the pandemic and is set to conclude this summer, with the results probably announced in the fall.

The current definition of price stability -- inflation below, but close to, 2 per cent over the medium term -- is highly likely to change to a more symmetric target that allows some overshooting after years of falling short. That would have echoes of the U.S. Federal Reserve’s shift in strategy last year.

Other topics such as the fight against climate change and taking inequality into greater account could also affect monetary policy.

Meanwhile, the European Union is overcoming a sluggish start to vaccinations and intends to have 70 per cent of the adult population inoculated by the end of the summer. With consumers holding hundreds of billions of euros in savings and the EU’s joint recovery fund due to kick in, the stage is set for a rapid economic rebound.

That’s driving the belief among investors that bond yields will march higher by year-end -- even turn positive, in the case of German debt. It’s also making some ECB policy makers reluctant to extend their 1.85 trillion-euro (US$2.2 trillion) pandemic bond-buying program beyond March 2022.

France’s Francois Villeroy de Galhau has proposed a transition from pandemic bond-buying to an “adapted” version of an older purchase program, while maintaining negative interest rates, long-term bank loans and explicit guidance on its inflation tolerance.

“A full assessment of the pace of asset purchases will not happen until June, but the tone of this week’s press conference may offer some hints on the debate to come.”
-David Powell.

If the pandemic program isn’t extended, discussions about when and how to exit it will likely happen alongside the conclusion of the review.

“They have two major things to discuss in their September, October and December meetings: the review, including the toolbox, and the pandemic emergency purchase program’s future,” said Piet Christiansen, chief strategist at Danske Bank A/S. “It’ll be difficult to disentangle the two.”

One possibility is that the review is turned into a policy tool itself. If a signal that pandemic purchases are to stop in March unsettles investors more than the ECB believes is warranted, a commitment to allow inflation to run above 2 per cent for some time could be used as a counterweight.

It’s not a debate for Thursday, and probably also not for June -- despite new economic projections being published then. Investors may be left hanging for a while.

“It feels like we need to leave the lockdowns behind as a first step before the ECB can formulate any stronger views,” said Anatoli Annenkov, senior economist at Societe Generale SA. “It’s probably a matter of reaching a point where you feel reasonably clear about the pandemic-program outlook -- maybe by September or October -- and then try to use the strategic review as a dovish cushion.”