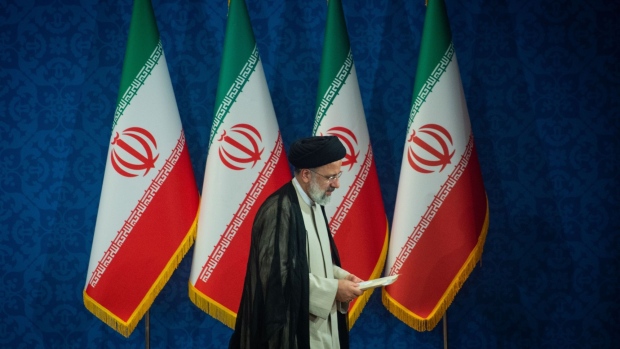 Iran’s President Ebrahim Raisi told his French counterpart Emmanuel Macron that negotiations to revive the 2015 nuclear deal with the U.S. and other world powers had to lead to the removal of sanctions on the Islamic Republic’s economy.

In a phone call on Sunday, Raisi told Macron that Iran wasn’t interested in “negotiations for the sake of negotiations,” according to a statement published on the official president.ir website.

The Iranian government hasn’t yet given any indication of when the talks -- on hold since Raisi’s election in June -- are likely to resume. Raisi added in the statement that Iran wanted to develop trade ties with France and is prepared to start “comprehensive cooperation with Europe through France”.

On Friday the U.S.’s top envoy for Iran, Robert Malley, told Bloomberg that Washington “can’t wait forever” for the talks to restart while Iran continues to expand its nuclear program as sanctions on its economy remain in place.