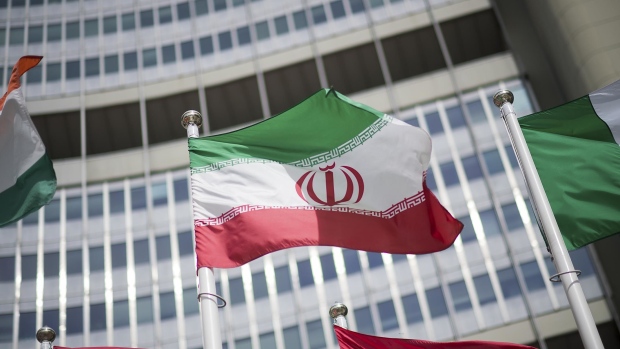 (Bloomberg) -- Iran said it had agreed with the European Union to restart big-power talks to revive the 2015 nuclear deal before the end of November and a precise date for the negotiations would be announced in the next week.

Iran’s Deputy Foreign Minister Ali Bagheri Kani, who’s leading the country’s nuclear negotiations, made the comments in a tweet after meeting top EU diplomat Enrique Mora in Brussels. He didn’t say where the talks would take place and who would attend. It’s unclear if the U.S., which is locked in a standoff with Tehran over how it should return to the ailing agreement, has agreed to the new timeline.

Oil extended declines on the news and benchmark Brent futures were down 1.6% as traders were given the first solid sign in months that Iran’s oil may return to global markets in the near future.

The negotiations stalled in June, shortly after hardline President Ebrahim Raisi was elected to replace a government that was in favor of the accord, delaying Iran’s return to oil markets. While the EU has been urging the Persian Gulf nation to return to the table, Raisi’s hawkish foreign policy team have said they need time to develop their strategy.

Iran, EU Meet to Figure Out Path Back to Vienna Nuclear Talks

Amirabdollahian again raised the issue of billions of dollars of payments for Iranian oil imports trapped in countries like South Korea and Japan because of U.S. sanctions. He said he expected President Joe Biden will have the “goodwill” to release the funds, but didn’t tie the issue to restarting the stalled nuclear negotiations.

The Biden administration wants to return to the accord that the U.S. abandoned in 2018, but has refused to lift any Trump-era sanctions or release any Iranian funds before talks resume. Tehran has significantly expanded its nuclear program in response to Washington’s exit and its tough sanctions regime.