Ireland is ready to sign up to a proposed global agreement for a minimum tax on companies, a climbdown that removes one hurdle to an unprecedented deal that would reshape the landscape for multinationals.

On the eve of a key meeting between 140 countries hosted by the Organization for Economic Cooperation and Development, the Irish government said it will join the push for a floor of 15 per cent levied on profits of corporate entities.

“This agreement is a balance between our tax competitiveness and our broader place in the world,” Irish Finance Minister Paschal Donohoe said in a statement Thursday evening announcing the pledge. The decision “will ensure that Ireland is part of the solution in respect to the future international tax framework.” 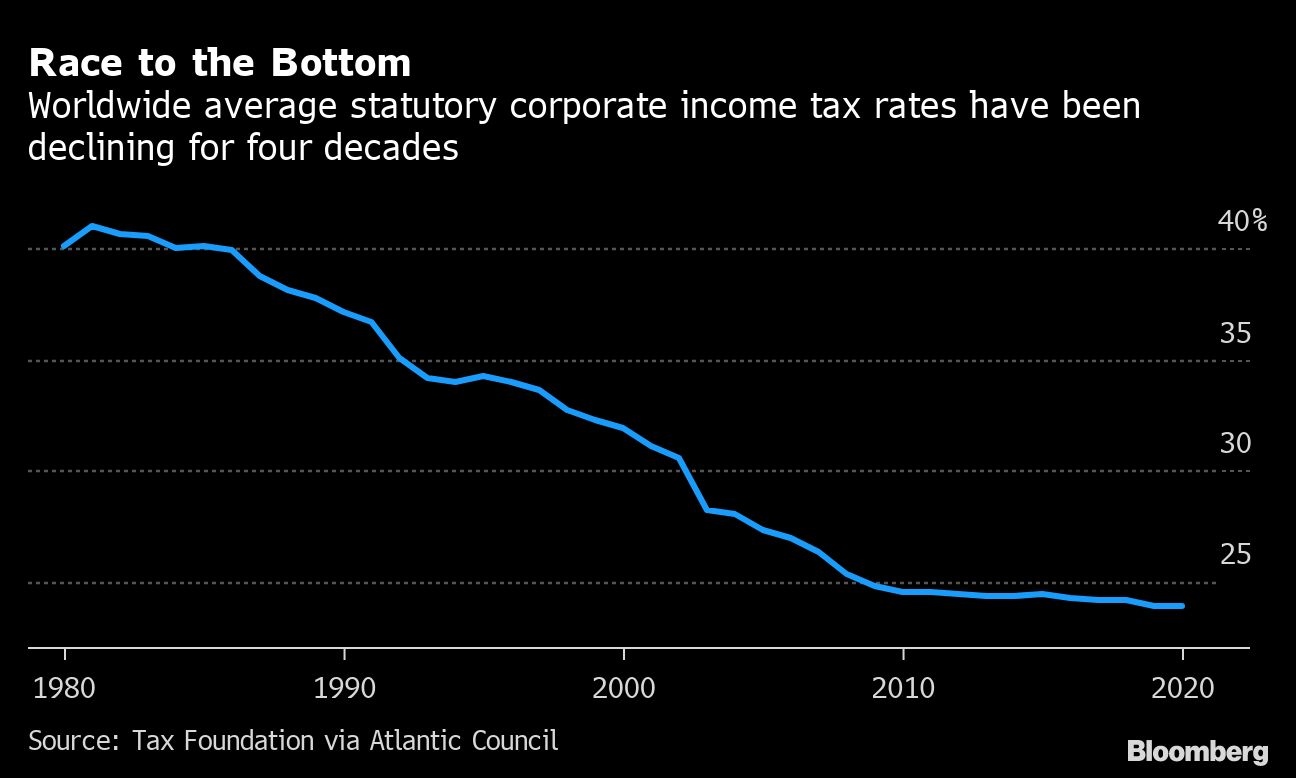 The rate agreed is 2.5 percentage points higher than the longstanding level that has been a pillar of Ireland’s economic model for a generation, underscoring its huge symbolic significance for a nation whose prosperity is linked to its attractiveness for multinationals seeking an operating base in the European Union.

Ireland’s shift is only one of several awaited from holdouts on a wide-ranging global deal. Several countries are seeking so called carve-outs to partially exempt certain activities from the minimum tax, while others are haggling over a separate part of the talks concerning where profits of big firms are levied.

French Finance Minister Bruno Le Maire says that compromise must be achieved this month on the basis that “it is now or never.” His concern is that without a final agreement at a Group of 20 summit this month, a historic window of opportunity to end years of negotiation will close as chances of U.S. Congressional approval quickly fade thereafter.

While the financial implications of Ireland’s shift may never be realized if the deal isn’t finalized, the importance of the existing 12.5 per cent rate in the national consciousness was the reason a country normally aligned with international consensus held out for so long.

The Irish government took particular exception to wording in a July draft of the accord that called for a minimum rate of “at least 15 per cent,” a proposal which it didn’t accept due to concerns that the final number could end up significantly higher.

Donohoe repeatedly expressed concern on the “at least” language, which has been dropped from the revised draft and stressed the need for certainty.

“We have secured the removal of ‘at least’ in the OECD text as we had sought,” Donohoe said. “Some countries wanted higher minimum tax rates and I believe our position moderated those ambitions in the context of broader consensus and agreement.

Ireland’s 12.5 per cent rate, which it has held onto since 2003, is well below the average of about 23 per cent throughout the OECD. That’s helped persuade international companies such as Alphabet Inc.’s Google and Facebook Inc. to use it as a base for their European headquarters.

Ireland’s finance ministry estimates it will lose up to 2 billion euros (US$2.3 billion) in corporation tax as a result of reforms. Even so, it has argued that its 12.5 per cent rate is only one factor in attracting foreign companies to the country.