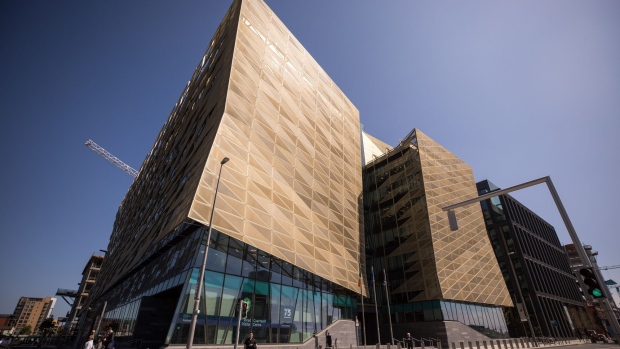 The Central Bank of Ireland stands in Dublin, Ireland, on Wednesday, June 6, 2018. Companies are expanding in Dublin rather than the U.K. in a "silent Brexit," according to Hibernia REIT Plc boss Kevin Nowlan. , Bloomberg

(Bloomberg) -- Lenders should ensure they are transparent with customers and treat them fairly as they switch financial products amid a more challenging economic environment, Ireland’s Central Bank warned.

A record €100.5 million ($98.6 million) fine imposed on Bank of Ireland Plc. in relation to an industry-wide tracker mortgages scandal Thursday is “very timely” and has “real resonance for now and the future,” Seána Cunningham, the Central Bank’s director of enforcement and anti-money laundering, said in an interview. It should be a “watershed moment” for financial services to understand there are “real consequences for actions,” she added.

Bank of Ireland Hit with Record Fine Over Tracker Mortgages (1)

“There’s an awful lot of good” in the message delivered by Thursday’s fine in the context “of ensuring that people are treated fairly as we move into a more difficult environment and that they are given clear information warning them about the consequences of various decisions they make,” Cunningham said. Banks need to be “transparent and open with people in the difficult moments as well as better times,” she added.

So-called tracker mortgages were popular in Ireland before the global financial crisis hit in 2008. When bank funding costs soared and then interest rates plunged during the crisis, those loans began to lose money. Many customers were later placed on an incorrect rate.

The Central Bank will hold a consultation the country’s Consumer Protection Code next week, which will be focused on future issues and emerging risks, Cunningham said.