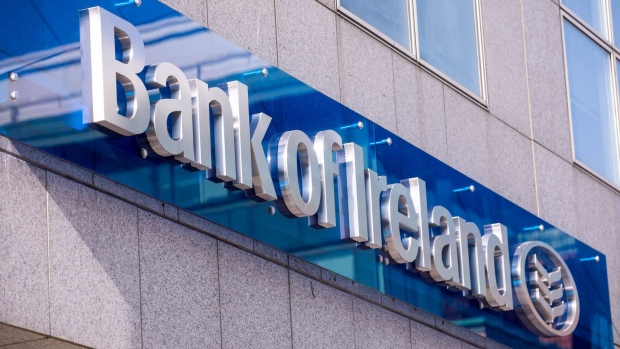 A sign sits on the exterior of a Bank of Ireland Group Plc bank branch in Dublin, Ireland, on Wednesday, June 6, 2018. Companies are expanding in Dublin rather than the U.K. in a "silent Brexit," according to Hibernia REIT Plc boss Kevin Nowlan. Photographer: Jason Alden/Bloomberg , Bloomberg

(Bloomberg) -- The Irish government exited its stake in Bank of Ireland Group Plc., ending 13 years of government involvement and making it the first lender bailed out during the financial crisis to return to full private ownership.

The government, which committed 4.7 billion euros committed to the bank between 2009 and 2011, reaped almost 6.7 billion euros in cash from the investment, the Department of Finance said in an emailed statement on Friday.

“Taxpayer funds which were used to rescue the Irish banks, should be recovered and used for more productive purposes,” Finance Minister Paschal Donohoe said.

The government has been a key player in the Irish financial sector after it was forced to rescue several lenders during the financial crisis. Overall, the state injected about 64 billion euros into Ireland’s banks, with about half of that spent on the former Anglo Irish Bank and Irish Nationwide, which were since wound down.

Bank of Ireland shares swung between gains and losses, declining 0.3% at 11:22 a.m. in Dublin.

The government began selling down its stake in Bank of Ireland in June 2021 via a share trading plan. Its completion is likely to revive discussions about bankers’ salaries, which had been capped at 500,000 euros under state ownership, while bonuses were effectively banned.

“This is a milestone moment for Bank of Ireland as we move conclusively beyond the financial crisis, and is a very important step towards full normalization of our relationship with the state,” interim CEO Gavin Kelly said in a separate statement.

The government still holds majority stakes in AIB Group Plc and Permanent TSB Group Holdings Plc which are now worth about 4.9 billion euros combined. The state has begun selling its stake in AIB and now holds 63.5%.