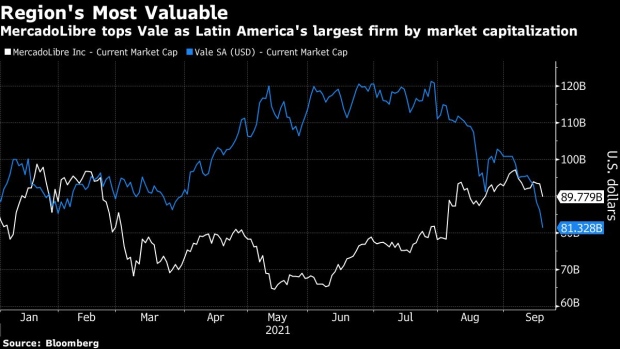 The changing of the guard -- with a new-economy platform taking top spot from a 79 year-old raw-material producer -- may be consolidated as Chinese efforts to clean up its heavy-polluting industrial sector send iron ore below $100 a metric ton.

UBS Group AG last week issued Vale a two-notch cut to sell from buy, while Bradesco BBI sees risks in a volatile commodity price environment skewed to the downside. If iron ore averages $90 next year, Vale’s earnings before items could miss the consensus estimate by 38%.

Vale’s change in fortunes could have been even more severe if it weren’t for a whopping $13.8 billion in investor payments announced so far this year.