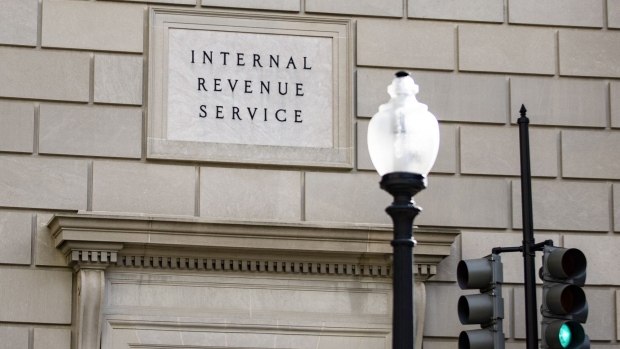 (Bloomberg) -- The Internal Revenue Service is hiring thousands of new auditors as it gears up for a potentially massive tax-enforcement push if Congress is able to pass an infrastructure plan that includes $40 billion to expand audits on the wealthy.

The IRS small business and criminal investigations divisions are adding thousands of new tax enforcement employees as the agency seeks to rebuild the roughly 17,000 audit staff lost in the past decade, officials said Friday.

The agency’s small business unit will add about 2,000 new workers, including 1,300 revenue agents, before the IRS’s fiscal year ends at the end of September, De Lon Harris, co-commissioner of the division, said at a tax conference at New York University. The criminal investigations division will add more than 500 people this year, with about half of those being special agents, said James Lee, who leads the criminal unit.

The figures represent a significant hiring increase from recent years, when the agency has struggled to replace auditors who retired or left the federal government. The small business team has added a couple hundred agents in recent years, Harris said. The criminal investigations division has hired fewer than 330 new people in the five year period through the 2019 fiscal year, Lee said.

The additional staff could put the IRS in position to greatly expand audit capacity quickly if Congress is able to pass a bipartisan infrastructure investment plan, which includes $40 billion for the agency over a decade and is expected to generate $100 billion in net new tax revenue. A group of 21 senators backed a deal this week, but the plan is still subject to weeks -- or months -- of negotiation before it could become law.

The IRS has faced criticism in recent years as audit rates -- particularly those for corporations and high-earning individuals -- fell amid decreasing staffing and budget levels. IRS Commissioner Chuck Rettig told a Senate committee earlier this year that the gap between taxes owed and those actually paid this year could be $1 trillion, a figure that is multiples of previous estimates.

The IRS is already planning to receive a slight funding boost in the coming months. Government funding legislation being considered in Congress calls for $13.6 billion for the IRS next year, an increase of $1.7 billion on what it received for fiscal year 2021.