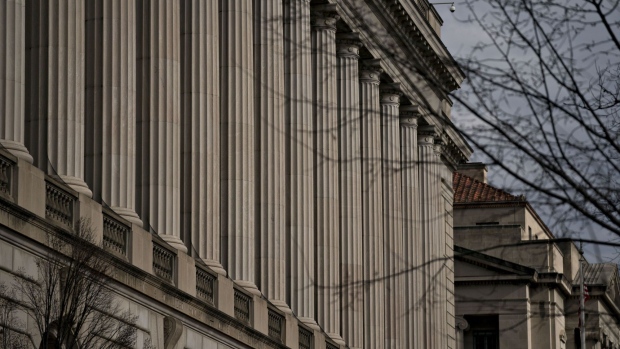 The Internal Revenue Service (IRS) headquarters stands in Washington, D.C., U.S., on Tuesday, Jan. 8, 2019. The IRS will issue refunds to taxpayers even if the U.S. government shutdown extends into the filing season, a decision that may reduce political pressure on Congress and President Donald Trump to reach a deal to reopen the federal government. Photographer: Andrew Harrer/Bloomberg , Bloomberg

(Bloomberg) -- M.Y. Safra Bank must produce information to the US Internal Revenue Service about customers who may have failed to pay taxes on cryptocurrency transactions through prime dealer SFOX Inc., a US judge ruled Thursday.

The IRS requested the information to determine if taxpayers are reporting crypto profits and losses on their tax returns, according to a statement from Damian Williams, the US attorney for the Southern District of New York.

US District Judge Paul Gardephe in New York granted the summons, which the IRS has used in tax investigations around the world. The US has served similar information demands, called “John Doe” summonses, seeking user data from Kraken, Circle Internet Financial and Coinbase.

The IRS push to collect taxes on cryptocurrency is part of a broader effort by US lawmakers and regulators, including the Securities and Exchange Commission and the Commodity Futures Trading Commission, to extend their oversight to crypto trading.

“The government’s ability to obtain third-party information on those failing to report their gains from digital assets remains a critical tool in catching tax cheats,” IRS Commissioner Charles Rettig said in a statement. The granting of the summons “reinforces our ongoing, significant efforts to ensure that everyone pays their fair share.”

The tax agency had earlier asked federal judges in New York and Los Angeles to let it serve summonses on SFOX and M.Y. Safra Bank, which partnered with SFOX in 2019 to offer its customers cash deposit accounts backed by the Federal Deposit Insurance Corporation. The IRS is seeking account and transaction records for users with cryptocurrency transactions over $20,000 in any year from 2016 to 2021.

According to a May analysis by Barclays Plc, cryptocurrency investors are paying less than half the taxes they owe. SFOX has more than 175,000 users who have made $12 billion in transactions since 2015, according to the government.