Is graphite the next battery metal bull market? - BNN Bloomberg
{{ currentBoardShortName }}
Markets
As of: {{timeStamp.date}}
{{timeStamp.time}} 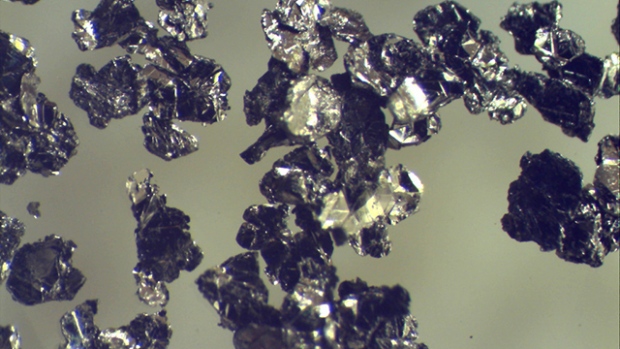 Lomiko Metals is betting the answer is “yes”

The electric vehicle boom has put demand pressure on lithium-ion batteries and their component metals.

But while initial investor focus has largely been on the resulting increase in demand for lithium, graphite — another key component of battery production — has flown under the radar. 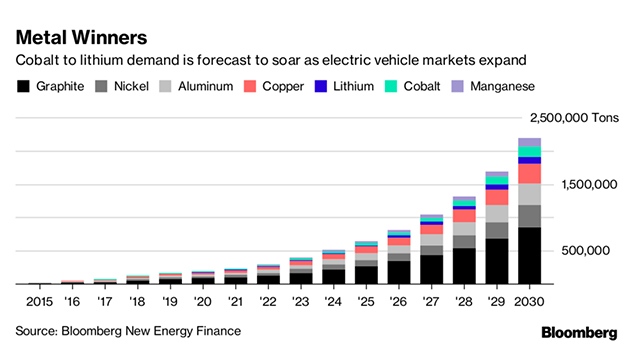 Depending on the cathode material used, a lithium-ion battery requires up to 15 times more graphite than lithium. A battery electric vehicle like the Tesla Roadster uses 110 kilograms of graphite per vehicle. Tesla may be the leader in the field, but many others such companies such as Volvo, General Motors, Volkswagen and BMW are introducing new electric vehicles to compete with Tesla.

With Tesla alone projecting that its vehicle sales will reach 50,000 units by 2020, demand for graphite will increase accordingly. In particular, demand will be high for the type of high purity crystal flake graphite that has proven the most difficult form of graphite to source.

Seeing the evolving opportunity in this commodity, Lomiko Metals Inc. (TSX.V: LMR) has secured a portfolio of graphite projects, led by its flagship La Loutre project in Quebec. At La Loutre, the company has found a potential source of that hard-to-come-by flake graphite that the lithium-ion battery market demands.

The company’s goal is to prove up enough high-grade graphite on the project to make it one of the world’s Top Five graphite resources. Lomiko President and CEO A. Paul Gill elaborates, “We only go into projects with $4 to $5 billion in potential. Our immediate goal is to prove up 10 million tonnes of 10 per cent material at La Loutre.”

However, a new zone of mineralization, the Refractory Zone, is in the process of being outlined. Prior results from the Refractory Zone suggest it hosts a much higher-grade, near-surface deposit of flake graphite. Grades from past drilling on this zone have ranged as high as 17.08 per cent.

Lomiko will soon begin a 2,000-metre drilling program to expand the resource at the Refractory Zone. A successful program would substantially improve the economics of the overall resource at La Loutre.

And with those other zones still available for drilling, the resource has the potential to grow further still. Gill says, “The key to La Loutre is it is easily expandable. Because it has such near-surface zones of graphite, it’s easy to define an open pit.”

Step by Step Toward a PEA

Once it has completed this latest round of drilling on the Refractory Zone, Lomiko will combine that resource with the existing one on the Graphene-Battery Zone and put together a preliminary economic assessment (“PEA”) on La Loutre.

That report will allow industry analysts to put pencil to paper on the economic viability of the project. Given its location near Montreal, La Loutre has access all infrastructure needed to go into production.

That’s particularly true of the shipping, or FOB, costs of delivering the project’s graphite to customers. Gill explains, “FOB costs are going to be low because of La Loutre’s proximity to the International Port of Montreal. Infrastructure is very important, and La Loutre has it.”

La Loutre is actually closer to Montreal than Imerys’s Lac Des Iles project. That project has been producing for 20 years and currently contains 5.2 million tonnes of 7.42 per cent flake graphite.

Based on the grades Lomiko is encountering in the Refractory Zone and the fact that another eight zones of mineralization are available for drilling, management believes La Loutre has an excellent opportunity to become the second largest graphite mine in Canada.

Lomiko’s 100 per cent interest in Lomiko Technologies gives the company a chance at short-term cash flow to support its work at La Loutre.

Rajeev commented, “Lomiko’s technology division separates it from comparable junior resource companies focused on graphite and gives the company a competitive advantage due to the near-term cash flow potential of some of these investments.”

Lomiko Metals’ (TSXV: LMR) story will be driven by drilling results from the Refractory Zone and the new resource estimate and preliminary economic assessment of La Loutre that will result from that work.

Says Gill, “It’s a busy time and we’re looking forward to getting the rubber on the road on all these projects.” 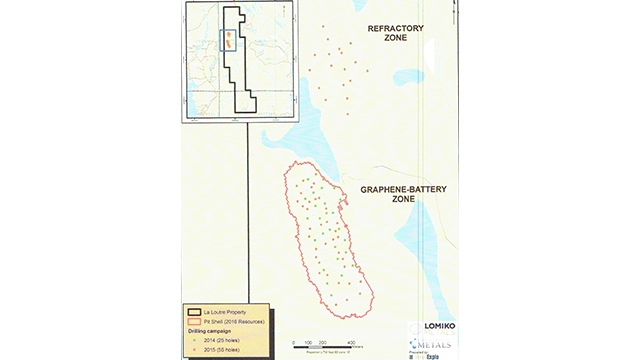 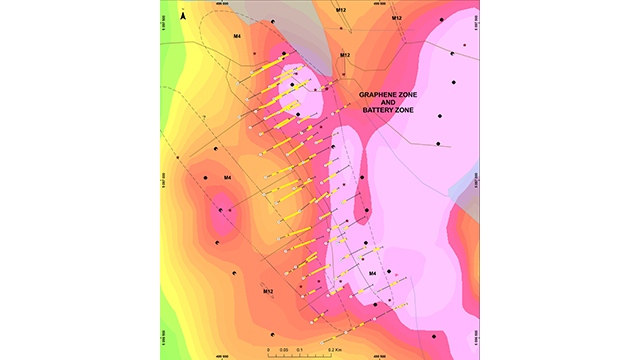 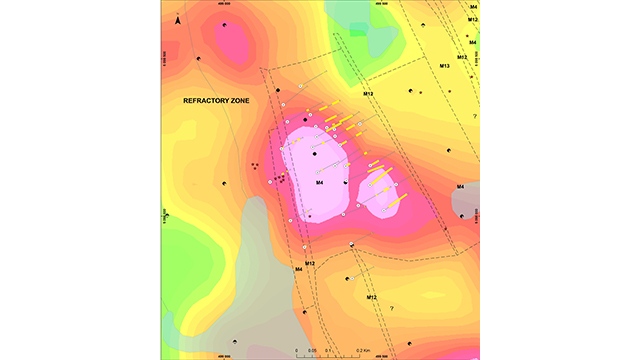