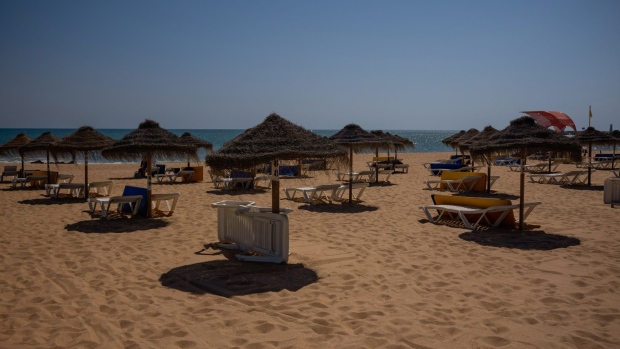 After six months virtually cut off from the world, the Caribbean nation of Saint Kitts and Nevis is trying to roll out the red carpet for tourists this month without also welcoming in the pandemic.

The islands of 53,000 people have been almost completely unscathed by COVID-19, with no deaths and just 19 infections since it started. They’d like to keep it that way, but with the tourist industry on life support, they and neighbouring islands have little choice but to end their isolation.

Nations throughout the Caribbean are struggling to balance local health with their dependence on tourist dollars, as the region suffers its deepest slump in more than half a century. Jamaica and the Dominican Republic, among the first Caribbean nations to reopen, have seen increases in their infection rates as visitors began to trickle in. The Bahamas re-closed its borders in July, just three weeks after reopening them, amid a spike in infections.

“There can be no livelihood without life,” Prime Minister Timothy Harris said in an interview. “So our first priority is to keep the people of Saint Kitts and Nevis healthy.”

Harris and other Caribbean leaders are calling on the U.S. and Europe to adopt global standards, including setting up coronavirus testing stations at airports to make people feel safe enough to get back on planes. Saint Kitts has also invested millions on upgrading its airport to cut the risk of contagion, he said.

The region’s tourism-dependent economies are forecast to contract by more than 10 per cent this year, and arrivals are expected to take three years to return to pre-crisis levels, the International Monetary Fund said in a report published in June.

Tourism accounts for about 15 per cent of gross domestic product, Harris said. The country had 1.2 million tourist arrivals last year and has hotel brands including Marriott and Hyatt.

While much of the Americas remains on lockdown, with some of the world’s highest infection rates, there’s a semblance of normalcy in Saint Kitts. Schools and most business on the islands are open, and churches are packed, Harris said. The country was able to resist re-opening for longer than its neighbors since it entered the crisis with its finances in good shape, having run a fiscal surplus for the previous nine years.

The administration has been able to ease the pain of the shutdown by slashing corporate and business taxes and providing US$1,000 monthly unemployment checks “without having to borrow one cent,” Harris said.

But as the pandemic drags on, it’s clear that external financing may be necessary, and Harris has asked the ministry of finance to identify potential sources.

“No option is off the table,” he said, when asked whether the country might approach multilateral lenders or issue bonds.

One consequence of Saint Kitts’ success in curbing COVID-19 has been increased interest in its so-called Citizenship by Investment Program, which has allowed more than 15,000 foreign nationals to acquire a Saint Kitts’ passport over the last 30 years, Harris said.

“People are looking for other opportunities, flexibilities, safe havens, if you will, in terms of a destination where the pandemic is under control,” he said. “Saint Kitts and Nevis stands large among all countries of the world in being able to contain COVID-19.”