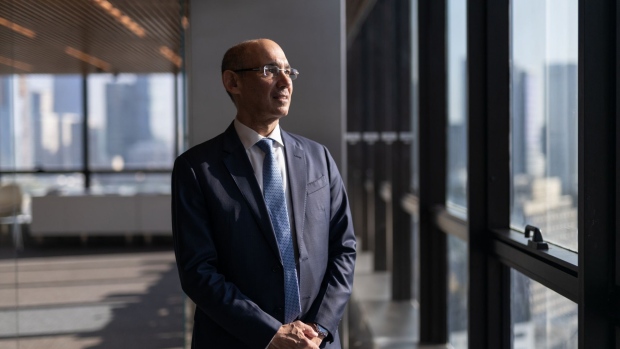 Amir Yaron, governor of the Bank of Israel, during a Bloomberg Television interview in Tel Aviv, Israel, on Tuesday, Jan. 3, 2023. Israel’s central bank said a weaker shekel is putting pressure on inflation, with Yaron signaling it’s prepared to act should the currency throw off the outlook for consumer prices. , Bloomberg

Israel’s central bank governor has met with Prime Minister Benjamin Netanyahu to discuss the economy and the challenges it faces.

At talks on Tuesday, Governor Amir Yaron submitted “an economic strategy plan drawn up at the Bank of Israel that includes policy recommendations in a variety of areas,” according to a statement from the monetary authority.

The meeting follows just days after a voting member of the Bank of Israel’s monetary committee stepped down, saying the country’s democracy was in danger from proposed changes to the legal system by Netanyahu’s new government.

Yaron told Netanyahu about “various issues that arose with regard to Israel in the discussions he had with senior figures” among economic policymakers abroad and “with senior officials of the rating companies in recent weeks,” the central bank said.

The central bank said the meeting was planned a long time in advance.