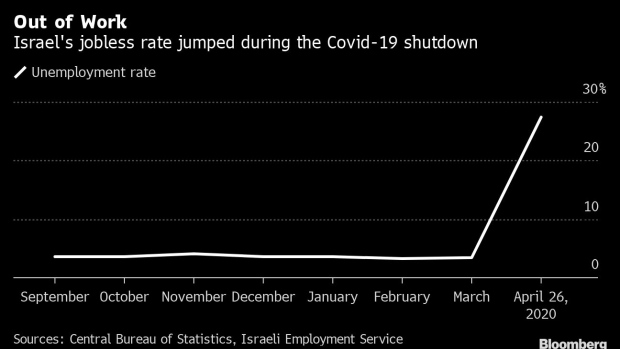 Israel’s economy started 2020 with its worst quarter in at least 25 years, after a near total economic shutdown at home and abroad amid the coronavirus pandemic hammered private consumption.

Gross domestic product contracted a seasonally adjusted, annualized 7.1% in the first three months of the year, for the first quarterly contraction since 2012, according to the Central Bureau of Statistics. That was better than all but one estimate in a Bloomberg survey of seven analysts, whose median was for a decline of 13%.