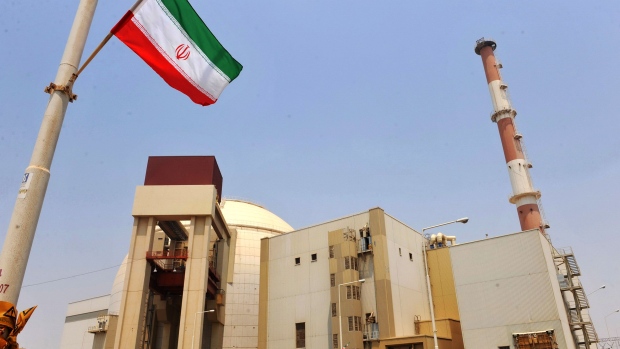 (Bloomberg) -- Iran can have enough uranium to build a nuclear bomb by the end of the year, Haaretz reported, citing Israeli military intelligence assessments.

According to the assessments, Iran doesn’t have a missile that can carry a nuclear warhead, and would need at least two years to develop one, the newspaper said.

Prime Minister Benjamin Netanyahu called on Western countries on Tuesday to reimpose sanctions on Iran following its declaration that it no longer considers itself bound by its international obligations to restrict the enrichment of uranium.

Israel has waged a high-profile campaign against Iran’s atomic program, and supported President Donald Trump’s 2018 decision to leave the multipower nuclear deal with the Islamic Republic. Since then, Iran -- which denies it has bomb-making aspirations -- has busted its limits under the accord and expanded uranium production as the decades-old confrontation over its nuclear program intensifies.

To contact the reporter on this story: Alisa Odenheimer in Jerusalem at aodenheimer@bloomberg.net

To contact the editors responsible for this story: Shaji Mathew at shajimathew@bloomberg.net, Amy Teibel, Paul Abelsky