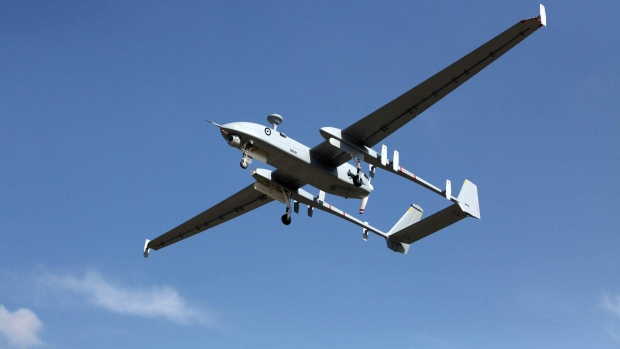 (Bloomberg) -- Israel will lease unmanned aerial vehicles to Greece, in the first agreement reached between the two countries’ defense ministries.

The Heron UAVs, developed by Israel Aerospace Industries Ltd., will be used primarily for border defense, the Israeli defense ministry said. The three-year lease agreement includes an option to purchase the system after the end of the period.

Israel and Greece have developed their ties recently, especially in cooperation over natural gas assets in the eastern Mediterranean, where tensions have increased as Turkey also looks to build its presence.