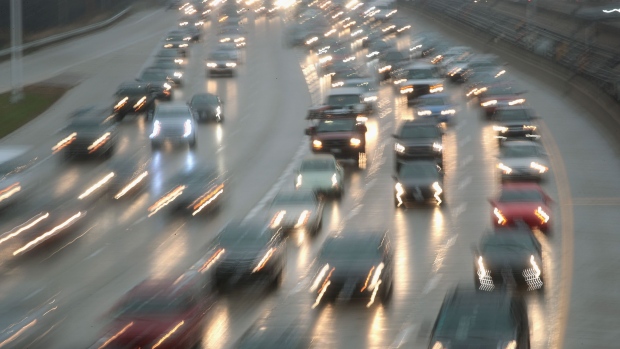 The eternal, omnipresent dilemma between “me” and “we” is particularly acute with climate change. Its scale is simply too enormous. So why have we been caught up for decades in debates about plastic recycling and energy-efficient lightbulbs when real progress can only be made via vast cooperative networks leveraging collective opportunities?

It’s not an accident.

The idea that individual behavior change, even at a mass scale, is an answer to climate change was manufactured to speak to the “enduring principles of ‘rugged individualism’ and self-reliance that pervade U.S. culture and ideology,” wrote Harvard researchers Geoffrey Supran and Naomi Oreskes in a new quantitative analysis of Exxon Mobil Corp.’s public communication in the journal One Earth. It’s one of the marketing lines—or rather, “propaganda tactics”—oil companies used that made them seem to be powerless, innocent pawns of consumer demand.

The individual responsibility narrative was honed in tobacco-industry messaging and began migrating to fossil fuels in the mid-2000s, Supran and Oreskes write. Case in point: the ultimate metaphor of individual responsibility, the “carbon footprint,” entered common parlance around that time via BP Plc’s “beyond petroleum” campaign. Between 2005 and 2007, BP was spending at least $100 million a year on marketing alone, according to a figure cited in the One Earth study.

BP no longer buys corporate-image advertising and now releases ads that “actively promote well-designed climate policies,” according to a statement from the company. Its pledge to reach net-zero emissions by 2050 with interim goals along the way has also earned the company praise.

ExxonMobil said in a statement that the One Earth paper “is clearly part of a litigation strategy against ExxonMobil and other energy companies.” The company questioned what it said was an undisclosed conflict of interest in Oreskes’s relationship with a law firm engaged in suits against Exxon and other oil-and-gas companies. It also noted that the Rockefeller Family Fund, a backer of the study, is financing climate-related litigation against energy companies. Exxon said it supports the 2015 Paris Agreement, is “working to reduce company emissions” and those of its customers, and has launched a low-carbon business. Under pressure from investors, Exxon in January disclosed for the first time the full scope of its fuel emissions.

Oil industry messaging around individual responsibility obscures the fact that human cognition evolved for cooperation. It’s not always easy or pleasant, but even young children show a natural aptitude for solving shared problems.

For a 2018 paper, psychology researchers Rebecca Koomen and Esther Herrmann tested whether kindergarten-aged kids can learn to preserve a shared resource by working together. Already by that age, they said, humans manifest five cognitive traits that together enable collective problem-solving:

Working both in pairs and in parallel, children were asked to siphon water out of a common reservoir to fill up a series of cylinders. Drain too much water at once, however, and the reservoir would collapse, meaning that the only way to win the game was to plan and conserve. While the subjects didn’t succeed every time, Koomen and Herrmann wrote, their findings indicated that “by five to six years of age, children possess the basic cognitive building blocks necessary to navigate social dilemmas.”

The same logic used in their study also applies to climate change. If we work together, everyone can win; if we don’t, everyone will lose.

The main way people have evolved to work together is by forming self-governing nations, which is why government plays the central role in policy studies analyzing how we might wind down emissions to zero. The International Energy Agency’s  Net Zero by 2050 scenario, for instance, “requires all governments to significantly strengthen and then successfully implement their energy and climate policies,” actions that include carbon pricing, an end to fossil-fuel subsidies, and energy market reforms.

Given the late date of the climate-change countdown, individuals—while not the main solution—are also not off the hook. About three-quarters of the necessary household or company behavioral changes would be influenced or mandated by government policies to steer people toward clean cars, power, heating, and other emissions-free products, according to the IEA’s roadmap. The remaining quarter are “discretionary behavioral changes” that include saving energy in homes and on the road. (What you choose to eat between hamburger buns is outside the IEA’s scope.)

As for what’s influencing those choices, the IEA is equivocal. “It is ultimately citizens as consumers of energy-related goods and services who shape corporate strategies,” the report said, “but at the same time companies do much to influence and generate consumer demand through marketing and advertising.”

So to recap: Supran and Oreskes say the oil industry is in charge, while the IEA makes it sound like nobody’s in charge. Koomen and Herrmann point out that—cognitively and behaviorally—we’re all in charge of ourselves, and that solving the problem means binding our individual wills together. Somehow.