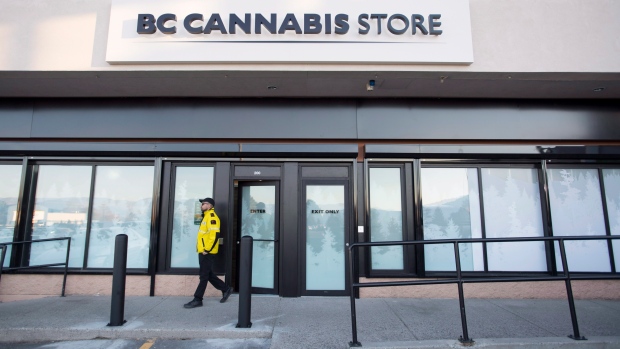 If you’re planning a trip to sample the, er, culture, here’s what you need to know.

How much will it cost?

While legislation from Trudeau’s Liberal Party sets up a sweeping federal system to license producers, it leaves retailing to the country’s 10 provinces and three territories, so the price will vary with location. These governments aren’t strictly regulating prices, but they are charging sales tax. Otherwise, market forces will prevail, and prices must be low enough to compete with the street dealers Trudeau promises to push out of business. Some estimates place the retail price for legal gear at about $10 a gram. That compares with about $7 a gram for the illegal variety, according to the federal statistics agency.

How much can I carry?

Federal law allows people 18 and older to possess as much as 30 grams. You can also have four plants in your home.

Where can I buy?

It depends where you are, and some provinces are still figuring it out. In Toronto, you’ll have to order online because, due to late changes by the newly elected Ontario government, private, brick and mortar shops won’t be ready on time.

British Columbia is setting up private, government-run and online stores, while in Alberta, it’s just private stores and online. Quebec is sticking with government-run cannabis shops. In Nova Scotia, on the east coast, you’ll be able to pick up your weed from government-controlled outlets, just like for alcohol.

The government of Nunavut, Canada’s Eastern Arctic territory, signed an agreement with Canopy Growth Corp., the country’s biggest producer, to supply at least 500 kilograms (1,100 pounds) over the next year. Order online as of Wednesday.

Where can I smoke?

Unlike in Amsterdam, you won’t be able to consume recreational weed in coffee shops or hash bars. Some provinces, like Prince Edward Island, are restricting consumption mostly to private residences. Others, including Quebec and British Columbia, will allow you to smoke pot much like cigarettes, though in some cases with extra restrictions to make sure children aren’t nearby. Smoking in bars is banned everywhere in Canada, though it may be just a matter of time before private pot lounges, like cigar bars, begin popping up.

What are the risks?

Driving high is still illegal, and you’re now more likely to get caught. Police forces have been beefing up their specialized drug recognition training in preparation for Green Day.

The U.S. Customs and Border Protection agency recently toned down potential bans for Canadian marijuana workers, saying they can be admitted if they don’t practice their trade in America. Agents will keep enforcing federal laws banning possession and trafficking even as some states have relaxed theirs.

Can I still buy from a street dealer?

The black market will generate a quarter of sales at the beginning, according to Statistics Canada estimates. Edibles like cookies remain illegal for now.

What if I just want to invest in legal weed?

Canopy closed Tuesday with a market value of $15.8 billion, more than double that of Air Canada, the nation’s biggest airline. The shares have gained more than 400 per cent in the last 12 months. Aurora Cannabis Inc. is up 385 per cent. But there may still be room to run. The market’s potential is drawing interest from mainstream companies like Walmart Inc., Coca-Cola Co. and Molson Coors Brewing Co.

Estimates for the possible size of the market are laden with guess work, because sales depend on the size of the street market, how fast people switch over, and whether legalization brings new customers. Sales could also be sensitive to the legal price. That said, most government and private estimates range between $3.5 billion and $5.5 billion a year. For comparison, the latest annual tally of spending on beer was $9.1 billion.

Can I order from outside the country?

While Canada restricts marijuana exports, British Columbia’s illegal shipments are already substantial, representing 59 per cent of the nationwide total of $1 billion, according to Statistics Canada. Smuggling may decline as police toughen enforcement, or hang on if criminals losing market share at home try selling more abroad.