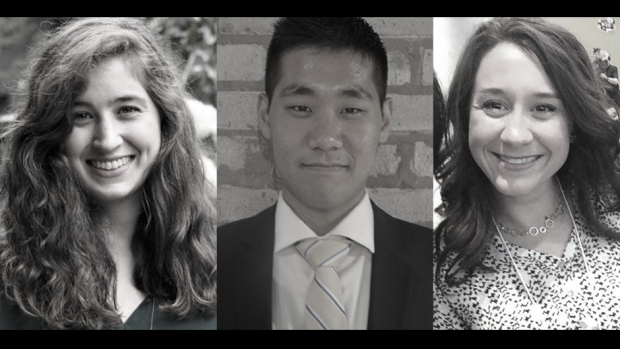 Whether it’s student-loan debt, skyrocketing home prices, making a first foray into the stock market or learning to balance immediate gratification and shorter-term expenses versus saving for retirement, young Canadians have a lot to contend with when it comes to sorting out their finances.

BNN spoke with three millennials, ranging in age from 27 to 33, to get a sense of their financial situation, how they think a rising-rate environment might impact their goals, and what money worries are keeping them awake at night (Bank of Canada Governor Stephen Poloz isn't the only one losing sleep). 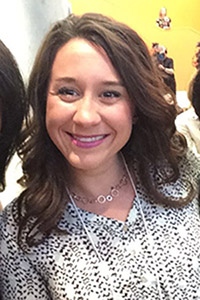 Jena Alicia Roy, 33, works as a patient-experience consultant at a hospital in Mississauga, Ont. She has some retirement savings through a pension plan with her employer, though she says it’s not “significant yet.”

She doesn’t have any student-loan debt, having worked 25 to 30 hours a week in service jobs while completing both of her degrees. At the time of speaking, she had less than $1,000 in credit-card debt.

For the past couple of years, she’s been “aggressively saving for a down payment” on a pre-build condo in downtown Toronto. “We [herself and her partner] move in mid-June and a couple of months later, the building will close and that’s when the mortgage will start. So end of year I think I’ll have much more debt than I do now.”

She’s making her entrance into the stock market, having just opened an investment account through her TFSA. “I’m terrified, but I’m starting, so that’s something.”

How do you think higher interest rates will affect your financial situation?

“Unless the rate goes down again, we will be paying a higher rate on our mortgage, and that few-hundred-dollars difference every month is going to affect our monthly budget.

“We’ve been preapproved for a mortgage, but that means that we’ve just been preapproved, we have not made a commitment. At the time when our mortgage is actually closing, then we’ll start looking around for a lower interest rate.

“But I don’t think having the ultimate lowest interest rate will be the only thing that’s going to affect our decision for whom we go with our mortgage. There’s security with going through a bank versus going through other mortgage brokers.”

“For me, no major debt, but I constantly have felt like my money has been going towards something. That’s where my stress comes from; I often feel nervous letting my money go because I always need it for something, so I don’t have any real investments, besides the mortgage, which I realize is a big deal. In the short term, I usually feel quite confident in my ability to set a goal and achieve it, but it’s the uncertainty of the long term that’s keeping me up at night.

“I value other things, as well, over long-term security. I value travel, I value social experiences with my friends, I value generosity towards others. So, it’s hard to take away from that immediate gratification because of something that’s long term. That is something I constantly struggle with.” 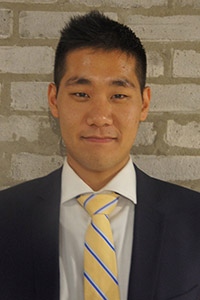 Jason Kim, 28, works for the hospitality company Oliver & Bonacini Restaurants as a general manager for The Carlu and Malaparte, two event spaces in downtown Toronto.

Kim has zero debt. He never took out any student loans; he left school during the third year of his undergraduate degree, having decided to focus on his hospitality career instead of continuing his studies. And while he was in school, he was enrolled only part-time, working in retail to pay off his tuition. When he was 19, however, he racked up $10,000 in credit-card debt, which he has since paid off. “They just gave me too much of a credit limit and then I went a little bit wild.”

He started investing in the stock market about four months ago, and he’s had success: his total investment has doubled. “In the beginning it was quite daunting to navigate, but reading different forums online and with the apps that are more user-friendly now — if anything, it’s too easy now.

“One of the major reasons I got into stock trading is because of the legalization of marijuana. It’s a brand new industry that’s forming, so that made me not want to miss that train.”

Kim is hoping to be able to buy property in two years.

How do you think higher interest rates will affect your financial situation?

Your Money Month: Financial milestones to aim for in your 20s

Robin Taub, personal finance expert, joins BNN to discuss the financial milestones to aim for in your 20s and tips for reaching them.

“It further cements the notion that I will never be able to have my life in Toronto the way I’m living it now. I’m just starting to learn about mortgages. I don’t know what it’s going to be like, if the variable rate will change depending on what the climate looks like two, three, four, five years from now. But it just seems like the hope for me to have the kind of life I would want in Toronto, the kind of life that I’m accustomed to right now — which is at least a one-bedroom in a condo downtown where I can walk everywhere — the chances of it are just slimmer and slimmer.”

“I’m worried about retirement, mainly because my company doesn’t offer a pension, so really I’m dealing with CPP, which means that I have to obviously invest in my RRSP. But if my short-term goal is to buy a house, it really means that any savings that I’ve accumulated so far is going to be wiped up by this, which means that as soon as I buy a house, it’s like I have to start saving for retirement again. All you see are those charts in your head that says, ‘if you started investing at 20, you’d have this by now.’ So now I’m just gonna be that guy that’s saving for retirement in my middle ages. So that scares me a little. 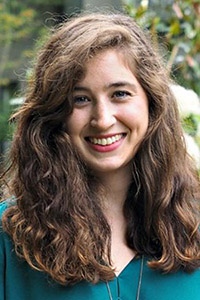 Emily Fister, 27, works in communications for a non-profit in Vancouver.

Her only debt is related to her education. “I did receive a good scholarship that covered the majority of my tuition, but I still had to take out a student loan, which I’ve been paying off for the last two-and-a-half years. And I have a line of credit that was for my living expenses while in school. I’m paying that off through monthly installments like with my student loans. I’m hoping to pay off my debt in the next 10 to 12 years, realistically.”

Before working for her current employer, Fister worked in communications for the University of British Columbia, which offered a pension plan and allowed her to accumulate significant retirement savings. “I’m pretty happy at 27 to say that I have retirement savings. I know it’s not possible for a lot of people. It took a lot of discipline.”

In the short term, Fister and her fiancé have a wedding to plan for. “We buckled down and got very serious about saving after Christmas. We’re getting married in September.”

They’re hoping to buy a property in Vancouver in the next two to three years.

Fister is not currently investing in the stock market. “I had considered it but because I have a major expense coming up with the wedding, I thought it’s probably not the best time to take risks.”

How do you think rising interest rates will affect your financial situation?

“Right now with my student loans, obviously it’s a negative in terms of rates going up. But at the same time, I think it does incentivize saving. So for instance, if I wanted to look at investments for my RRSP, it does open up more opportunity. But again, it will definitely make paying off my debt harder for now. But once I’m married, with the shared income I see that as being more realistic.”

“We’re hoping in the next probably two to three years to get a property, but that’s all going to depend on how much we can save, how comfortable we feel with our student debt. It’s one of those things that I do worry about. I think a problem that a lot of millennials are facing is that you want to do the work that you love, but often times the work that you are really passionate about doing is in a big city. And in Canada, as we know, big cities come with a big price tag.

“I know there are options — you sometimes hear, ‘Why don’t you move to a smaller city, or a more affordable city?’ But at the same time, there’s so much about this area that we love. We love the flexibility, the work-life balance, it’s absolutely beautiful here.

“Also, there’s the stress that comes with planning a wedding. My fiancé and I are trying to assess — what are our must haves, what can we negotiate on, what do we not need to have as part of our big day?”

These interviews have been condensed and edited for clarity.