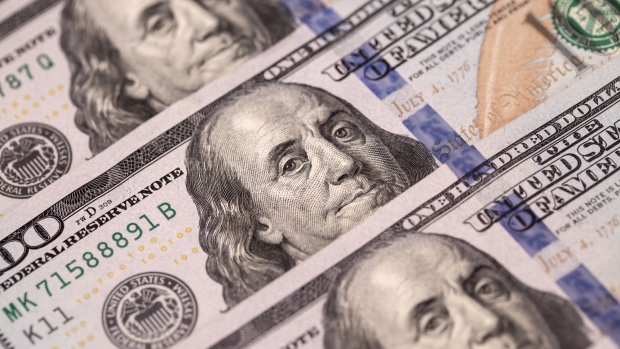 Already the world’s reserve currency, the dollar’s hold over the world of foreign exchange has grown even stronger amid the COVID-19 crisis.

The pandemic has served as a reminder that the greenback remains the haven of choice when uncertainty takes over, and how the U.S. currency moves -- regardless of direction -- is the single most important determinant of sentiment across asset classes these days.

While investors have begun to factor in regional data trends in daily trading decisions, the U.S. currency’s medium-term prospects are still key to their longer-term strategies.

The euro-pound exchange rate is a prime example. Its realized volatility stands almost 200 basis points below the five-year average, showing how ranges have tightened after the market turmoil in March. That’s despite Brexit uncertainties being back in focus and the upcoming European Central Bank meeting and European Union summit now entering the market’s radar.

That suggests that the pair’s behavior has been more under the influence of global risk trends as reflected by the dollar than factors closer home.

The link between sterling and emerging-market currencies also illustrates the greenback’s sway. The pound’s correlation with an EM currency gauge hit a record in June, mainly due to the dollar’s own correlation with risk sentiment.

Just how important the dollar’s direction has become this year is also depicted in its recent range against the yen. The Japanese currency also serves as a haven currency and its lockstep dance with the greenback showcases the latter’s heightened correlation with risk bias.

On a weekly basis, the dollar-yen range hasn’t been this tight since February as realized volatility stands at the lower end of its trading band since 2014. 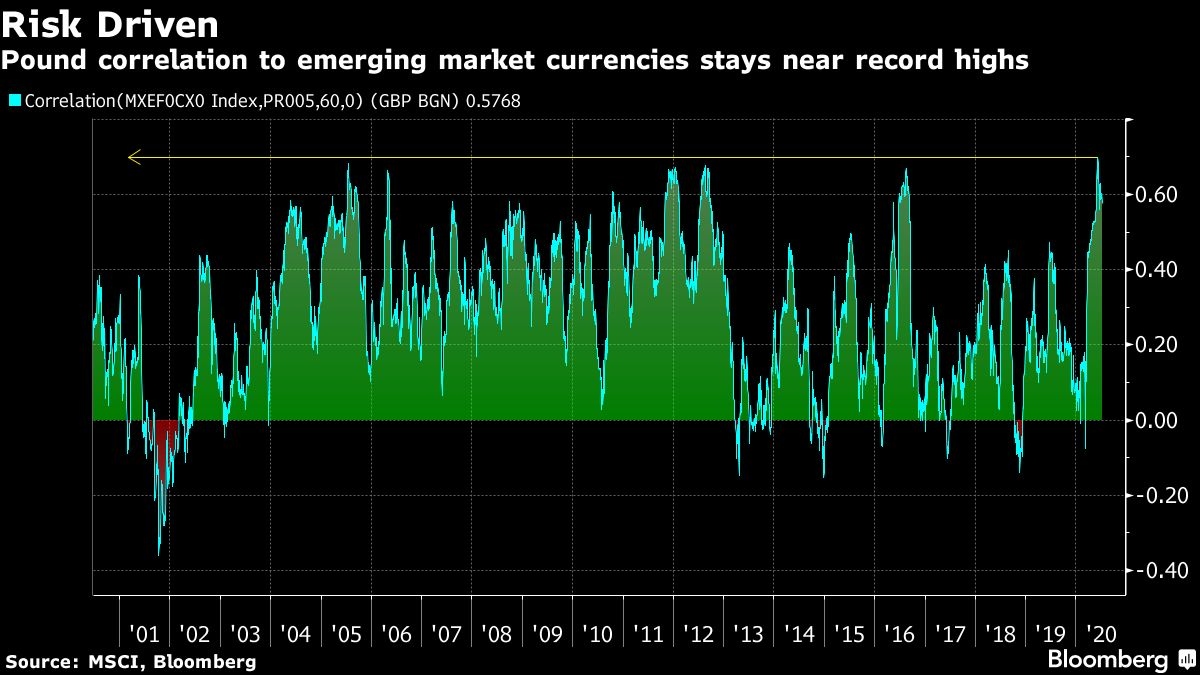 American exceptionalism has become one of the market’s main narratives once again and it can be clearly shown by the so-called volatility term structures of the yen, the pound and the Swiss franc. These curves show the level of hedging costs these currencies hold against the greenback across tenors.

There is a clear spike in six-month options, which capture the U.S. presidential elections in November as well as the risk of a second wave of the coronavirus pandemic toward year-end.

Yet, there are signs that the dollar could lose its influence over the longer term. Options that pay out on a stronger greenback due to risk hedging are in a steady drop from this year’s highs. That may be reflecting a shift in views -- with traders placing increasing focus on the U.S. response to the pandemic and what that means for growth differentials with other major economies and ultimately the country’s market dominance.