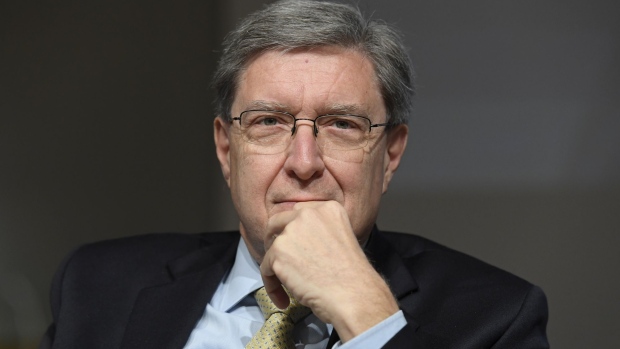 (Bloomberg) -- Italy’s plan to kick-start its economy using grants and loans from the European Union’s recovery fund won’t be successful without significant buy-in from private investors, Infrastructure and Mobility Minister Enrico Giovannini warned in an interview.

“Everyone is talking just about public funds, but that’s a distorted view,” the minister said. In a bid to shift the focus more toward a mix of public and private funding, Giovannini is setting up a commission within his ministry to explore ways to use other financial instruments for investment.

The ministry has joint responsibility for investing 40.7 billion euros ($49 billion) of the funding alloted to the country under the Next Generation EU program. Other European and national development programs will add an additional 20 billion euros.

Projects covered by the recovery plan, including creation of special economic zones and construction of high-speed railways in the impoverished south, promise to create a “favorable environment” for business and eventually serve to lure private investment, he said.

“Because of the pandemic many companies have put investments on hold, there was no possibility to spend,” Giovannini said. The minister said ample reserves of liquidity provided by the European Central Bank have yet to flow into the real economy.

The minister also said he expects Italian companies to begin creating new supply chains within the country to develop some of the projects under the plan.

An Italian project to develop hydrogen-powered trains is an example of “the extraordinary space to develop a national supply chain,” the minister said.

Italy’s credibility as a reliable partner is at stake, Giovannini said. Successful allocation and oversight of the money would demonstrate that “Italy can finally spend EU funds in a proper manner,” he said. A successful program would also boost citizens’ trust in the government of Prime Minister Mario Draghi, Giovannini said.