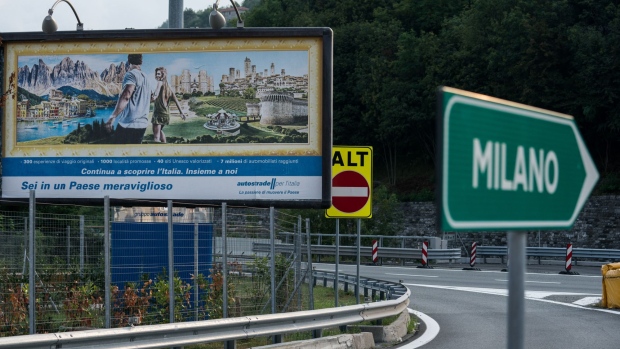 (Bloomberg) -- Atlantia SpA gave its final approval to the sale of its Autostrade per l’Italia SpA highway unit, sealing a contentious deal that saw nearly three years of back-and-forth negotiations between the billionaire Benetton family and a series of Italian governments.

The infrastructure giant, controlled by the Benettons, said Thursday that its board formally accepted a binding offer for an 88% stake in Autostrade from an investor group led by state lender Cassa Depositi e Prestiti SpA.

The board decision follows a vote by the company’s shareholders, who approved the agreement by a nearly 87% tally.

The deal’s closing will be linked to conditions which need to be met by June 2022, Atlantia said Thursday. Completion is not planned before the end of November.

The decision to sell marks a crucial step for the Benettons, who’ve owned Autostrade since it was privatized in 1999. Successive governments had pressured the family to sell the unit in the wake of the 2018 Morandi Bridge disaster on a section of roadway managed by the company. Forty-three people died in the accident, traumatizing the nation and triggering billions of euros in legal claims.