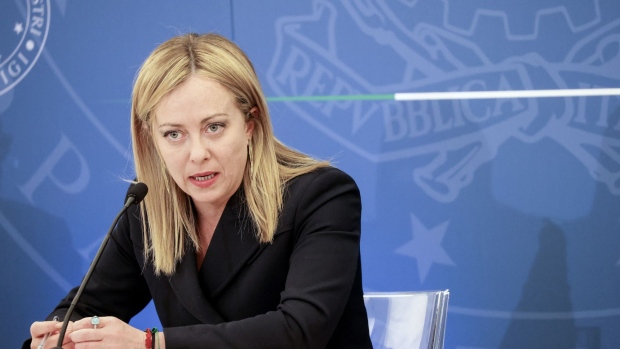 “I never had issues with France and I don’t have them today,” Meloni said in an interview with the daily published on Tuesday. “But it is not written anywhere that Italy should be left alone and that it’s the only possible country of entry.”

In its first weeks in power Meloni’s right-wing government moved to block rescue vessels from Italian ports, saying they should dock in France instead. That triggered the ire of French officials including Interior Minister Gerald Darmanin, who slammed Italy for refusing to allow the ships in.

Meloni also said in the interview that Russian President Vladimir Putin has not yet shown willingness to negotiate to end the conflict brought on by his decision to invade Ukraine. Italy and the rest of Europe should continue to support Ukraine militarily, she said.

Meloni, who in October became Italy’s first female prime minister, has been a staunch supporter of Ukraine following Russia’s invasion, despite running a coalition which contains lawmakers from parties with past links to the Russian president.