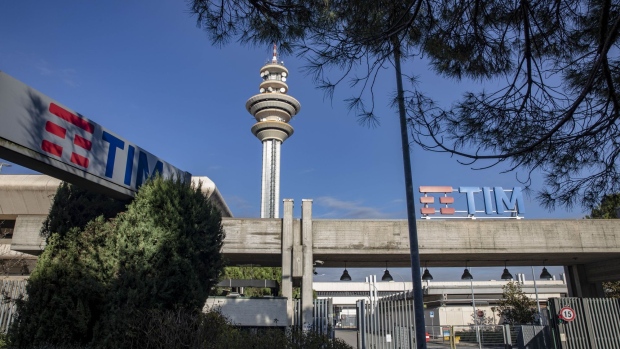 (Bloomberg) -- Italy’s state lender is ready to move ahead with a long-delayed bid for Telecom Italia SpA’s network now that national elections are over, in a multi-billion-euro deal to create a single ultra-broadband infrastructure for the country.

With a clear election result offering the prospect of a stable new government, advisers for an investor group led by the lender, Cassa Depositi e Prestiti SpA, are finalizing a bid that’s expected to be submitted in the first half of next month, according to people familiar with the matter.

“We are strictly working with our partners to finalize the valuation process of the assets in accordance with the memorandum of understanding entered into on May 29,” Cassa Depositi said in a statement emailed to Bloomberg News. An official for the lender declined to comment on the timing.

Telecom Italia shares rose as much as 4% in Milan trading following the Bloomberg report, giving the carrier a market value of about 4 billion euros ($3.9 billion).

The plan calls for merging Telecom Italia’s grid with that of smaller rival Open Fiber SpA to create a single national network, a much-needed step for the ex-monopolist, which is trading near its record low.

But advisers are still working on the valuation of the assets and a final decision has not been taken, the people said, asking not to be named because the discussions are private. The bid will be non-binding with a final offer expected by the end of October, they said.

The network’s value has been a sticking point, with Telecom Italia advisers initially assessing it at around 20 billion euros, people familiar with the matter said earlier this year, and Vivendi SE, the carrier’s biggest shareholder, valuing it at about 31 billion euros.

The final offer is expected to be just below 20 billion euros, according to two people familiar with the matter. A separate source indicated that the range may be between 15-18 billion euros.

A coalition led by Giorgia Meloni’s Brothers of Italy party emerged with a clear majority in Sunday’s vote, setting her up to be the country’s first female prime minister at the head of what will likely be its most right-wing government since World War II.