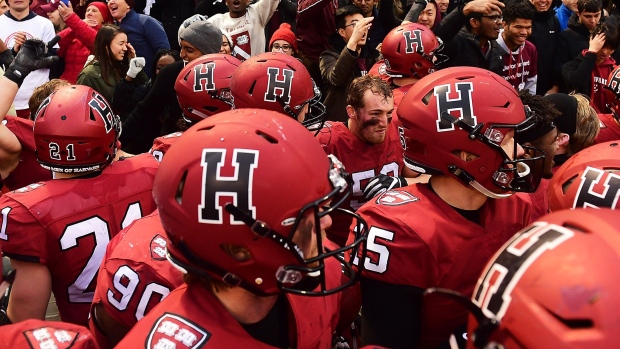 (Bloomberg) -- The Ivy League athletic conference is canceling its winter sports season, as the Covid-19 pandemic forces schools to rethink in-person activities while infections are rising across the U.S.

The league also won’t conduct competition for fall sports during the upcoming spring semester, it said Thursday in a statement. Intercollegiate athletics competition for spring sports is postponed through at least the end of February.

The eight-member league, home to some of the richest private colleges such as Harvard, Yale and Princeton universities, was the first to cancel its basketball championships in March and then the rest of the sports competition for the semester. While the league also declined to play fall sports, citing safety concerns, all of the Power Five football conferences ended up playing modified schedules, though with many schools having to scrap games because of outbreaks.

In just the first two weeks of November, 18 college football games have been canceled or postponed because of Covid-19 outbreaks among teams, according to data from CBS Sports. That includes four matchups in the Southeastern Conference, college football’s marquee division. The University of Alabama, the top-ranked team in the country, had its game against defending national champion Louisiana State University postponed on Tuesday.