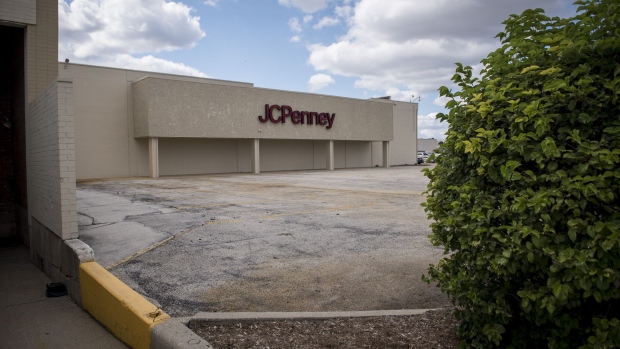 A plan to sell bankrupt J.C. Penney Co.’s retail operations to its two biggest landlords stalled this week, raising the prospect that creditors will carry the burden of millions of dollars in extra costs as the retailer prepares for the crucial holiday season.

Talks between J.C. Penney’s lenders and the would-be buyers, mall owners Simon Property Group Inc. and Brookfield Property Partners LP, broke down in recent days, according to people with knowledge of the negotiations. The landlords missed several deal deadlines as communication between the parties lapsed, the people added.

The two sides will now turn to mediation to help them determine if they can close the deal, and on what terms, according to the people, who asked not to be identified discussing private information. They met to begin that process Wednesday, the people said.

An attorney for the company has said disputes won’t stand in the way of a final agreement. Representatives for Brookfield, Simon, J.C. Penney and its lender group didn’t comment.

The standstill comes ahead of J.C. Penney’s most crucial quarter, since retailers typically make much of their annual revenue in the period between Thanksgiving and the new year.

At stake in coming weeks is financial responsibility for tens of millions of dollars of orders, including merchandise the company must have in stock for holiday shopping.

Creditors say J.C. Penney’s original sale plan called for the deal to close around October 3, according to a regulatory filing Wednesday. A further delay in closing the deal threatens to put the holiday purchasing burden onto the group of creditors running J.C. Penney in its bankruptcy.

If the sale closes after orders are made, the landlords would still reap the rewards of the holiday revenue without shouldering the inventory risk.

Meanwhile, competitors like Walmart Inc. have moved holiday sales even earlier this year amid concerns about inventory availability and a worsening spread of the new coronavirus that could reduce in-person shopping.

J.C. Penney said in the filing that the parties were discussing whether the price of the deal must change based on the shifting timeline. Under the original proposal, Simon and Brookfield would pay US$800 million for Penney’s operations while lenders would swap US$1 billion in debt for 160 stores, six distribution centers and a lease agreement with the landlords.

The case has dragged on since the department store chain filed for bankruptcy in May, prompting worry from lenders as the retailer continued to bleed cash. The deal with Simon and Brookfield, announced last month, would preserve 70,000 jobs and keep the chain alive, but has sparked controversy from creditors.

Aurelius Capital Management is part of a group that says it’s making its own cash bid for Penney to counter an offer from lenders led by H/2 Capital Partners.