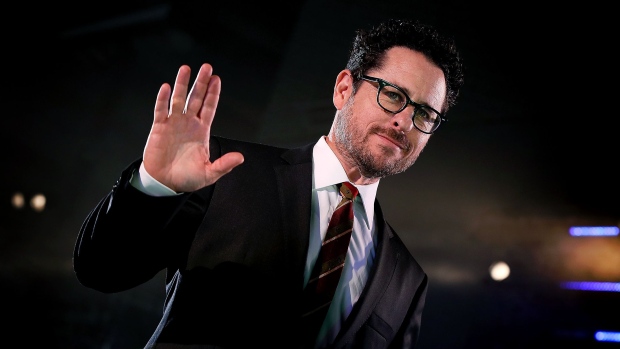 (Bloomberg Opinion) -- Careful, AT&T, those Hollywood lights can be blinding. The industry newbie has just struck an eye-popping deal with sought-after director J.J. Abrams to bring more of his movie magic to the telephone-giant-turned-media-conglomerate. AT&T Inc.’s offer amounted to: Dear J.J., please take this wheelbarrow of money.

The deal between AT&T’s new WarnerMedia division and the Bad Robot production company, led by husband-and-wife team Abrams and Katie McGrath, is reported to be worth more than $250 million. That’s after Apple Inc. bid $500 million, according to Hollywood Reporter, though Abrams was said to have turned down that offer in part because he wanted to maintain a large box-office presence. With WarnerMedia, Abrams can create content for both the big screen and online-streaming properties. Bad Robot has previously produced hits such as “Star Wars: The Force Awakens,” and the shows “Lost” and “Alias.”

The outrageous sums that AT&T and reportedly Apple put forth are emblematic of the escalating arms race for content. Entertainment giants – those new to the business, in particular – are trying to secure hit TV series and films for new streaming-video services launching in the coming weeks and months to compete with Netflix. Apple TV+ is set to be released Nov. 1, followed by Disney+ on Nov. 12 and AT&T/WarnerMedia’s HBO Max next spring. (Last year, AT&T acquired WarnerMedia, formerly called Time Warner, the parent of Warner Bros., HBO, CNN, TBS and other networks.) While most of these relatively low-priced subscriptions are years away from being able to turn a profit, the media giants are willing to bear the cost and pay up for the content to attract and keep customers.

But WarnerMedia also threw in an unusual perk for Abrams: He gets to own potentially as much as a 50% stake in the projects he creates for the company, according to NBC News. The inclusion of a term like that, combined with the value of the contract, makes the deal look like a rookie move by WarnerMedia and the executive spearheading its streaming strategy, John Stankey, a three-decade veteran of AT&T’s phone business. Either that or desperation. Virtually no other media or tech giant would likely agree to give up those content rights. In fact, Walt Disney Co. is moving to cut back on the profits it shares with showrunners and stars after hit series pass the crucial 100-episode mark and enter into lucrative syndication deals, according to the Los Angeles Times. Disney wants control over that future licensing windfall, preferring to instead divide profits earlier on, when they aren’t quite as big.

It’s no wonder that after Disney, Comcast Corp., Viacom Inc., Sony Corp. and Netflix Inc. were all said to have looked at Bad Robot, AT&T and its new media moguls landed the deal. Stankey, known for a brusque management style, has already had a rough start when it comes to gaining the respect of his new media employees and shaping the vision for WarnerMedia. It's part of the reason shareholder Elliott Management Corp. launched an activist campaign at AT&T this week, calling for more operational focus and a clearer strategy. AT&T CEO Randall Stephenson recently promoted Stankey to chief operating officer in addition to his role presiding over WarnerMedia specifically.

Stankey and Stephenson aren’t the only industry outsiders starstruck by Hollywood and feeling the pressure to pay whatever’s necessary to expand streaming-app libraries and keep viewers from canceling subscriptions. Apple TV+ has reportedly dished out $300 million for the first two seasons of “The Morning Show,” an original series starring big names like Jennifer Aniston and Reese Witherspoon. Disney+ spent about $15 million on each episode of its “Star Wars” series, “The Mandalorian,” which adds up to the cost of a big-budget film. But AT&T’s leaders are showing their inexperience in the world of content and entertainment, driving away key internal personnel while so eagerly courting Abrams. The company’s post-deal turnover was punctuated by the high-profile exits of HBO’s Richard Plepler and Turner’s David Levy earlier this year.

In reporting on the Abrams deal, Bloomberg News also uncovered an interesting detail about what actually happened to Kevin Tsujihara. He’s the former head of Warner Bros. who left in March amid a sex scandal involving an actress with whom he was having an affair while helping to land film roles. At first it seemed like Tsujihara was going to stay on despite the scandal, and in fact he had even just been promoted by Stephenson. However, Bloomberg reports that Abrams’s wife, McGrath, essentially gave AT&T an ultimatum, saying that’d it be hard for Bad Robot and WarnerMedia to work together if Tsujihara was there. It all makes sense now.

As for the deal, Stankey had better hope Bad Robot makes good movies, because it seems none of his industry peers were willing to offer what he did.