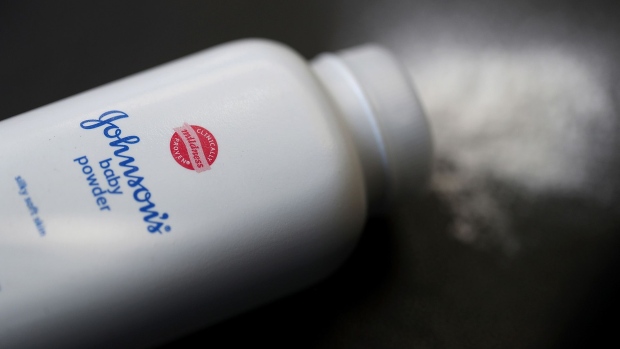 (Bloomberg) -- Johnson & Johnson won’t have to fight against two separate committees of victims who say they were harmed by the company’s baby-powder after a bankruptcy judge threw out one of the panels.

U.S. Bankruptcy Judge Michael B. Kaplan ruled that the federal bankruptcy watchdog must abide by a court order issued last year that set up a single official committee to represent more than 38,000 people who claim J&J’s baby powder gave them cancer. Kaplan then threw out a December decision by the watchdog, known as the U.S. Trustee, to reorganize that committee and add a second panel.

J&J has long denied that the talc in its baby powder and other products cause cancer.

The ruling is a victory for J&J and the unit it created to resolve billions of dollars worth of baby-powder lawsuits the consumer products giant faces. J&J put that unit, LTL Management, into bankruptcy to seek court permission to establish a $2 billion trust fund to address all current and future suits.

Lawyers for the U.S. Trustee argued that under bankruptcy code, no court has the power to second guess its decision to set up a committee to represent creditors like the people suing J&J. The two panels represented people who have the two main types of cancer allegedly caused by talc in baby powder.

LTL lawyers argued that the second committee would cost too much money and make it harder to develop a compromise with victims. Such official committees have legal fees and other expenses paid by the bankrupt company, and often have more influence in a bankruptcy case because of their court-recognized status.