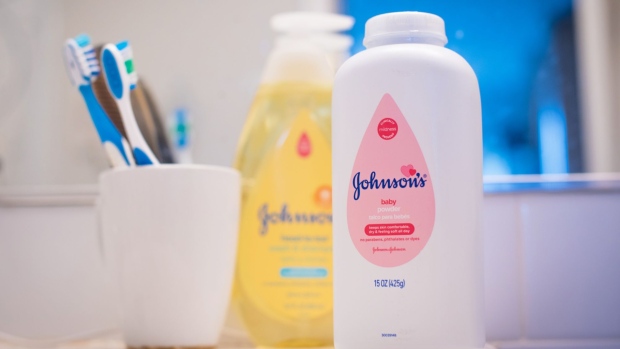 (Bloomberg) -- Johnson & Johnson forecast stronger earnings for 2023 than analysts were expecting as executives promised a momentum boost in the second half of the year with more product launches.

The company’s second quarter will be stronger than its first, and the latter half will be better than the first six months, officials said Tuesday on a conference call. They pointed to the new drugs, less impact from China’s recent Covid-19 surge and a potentially favorable effect from currency exchanges later in the year.

The outlook is encouraging and bodes well for the pharma industry, Bloomberg Intelligence analyst John Murphy said. Operational sales growth of 6.7% in the pharmaceutical division in 2022 was also a positive sign, he said.

However, moderating sales growth and inflationary pressures remain a drag on the company, according to a note from UBS Securities analyst Kevin Caliendo.

J&J is splitting off its consumer product business as it looks to intensify growth by focusing on its pharmaceutical and medical technology businesses. However, Chief Executive Officer Joaquin Duato has also cautioned about the coming year, pointing to inflation, higher costs, vaccine sales and China’s Covid-19 wave.

Demand for J&J’s Tylenol and Motrin painkillers soared amid an early flu season that was exacerbated by the ongoing pandemic and an unusually severe outbreak of respiratory syncytial virus, or RSV, another lung infection. While sales fell in the pharma division, expected to be a driver of earnings after the split, most of that was due to the company’s Covid-19 shot, which hasn’t caught on with the public like messenger RNA shots made by Pfizer Inc. and Moderna Inc.

Pharma is the company’s biggest division, delivering more than half of 2022 sales. It was the poorest-performing unit in the fourth quarter, according to an earnings statement, with reported sales falling 7.4% to $13.2 billion, which the drugmaker attributed to the Covid-19 shot and the negative effects of the strong dollar.

Fourth-quarter adjusted earnings were $2.35 a share, compared to analysts’ average estimate of $2.23. Revenue fell 4.4% from the year-earlier period to $23.7 billion, just shy of Wall Street expectations.

--With assistance from Tanaz Meghjani.