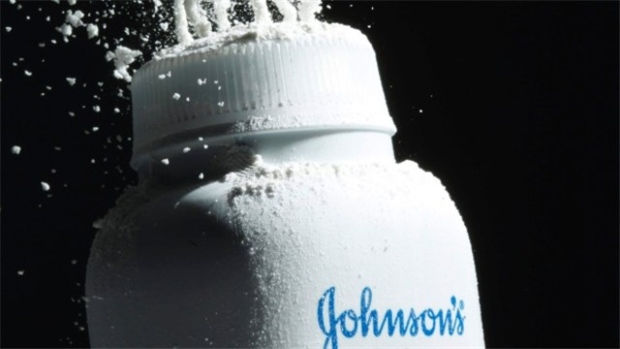 Johnson & Johnson (JNJ.N) must pay US$4.14 billion in punitive damages to women who claimed asbestos in the company’s talc products caused them to develop ovarian cancer. The company’s shares dropped in afterhours trading.

The jury earlier ordered J&J to pay them US$550 million in compensatory damages, bringing the total to US$4.69 billion. The amount marks the largest jury award in the U.S. in 2018, according to data compiled by Bloomberg, and the sixth-largest jury verdict in a product-defect claim in U.S. history.

The jury reached a unanimous verdict Thursday to award compensatory damages for 22 plaintiffs that averaged US$25 million apiece. The jurors then deliberated over how much to award in punishment damages.

The company will appeal, Carol Goodrich, a spokeswoman, said in an email. The verdict “was the product of a fundamentally unfair process that allowed plaintiffs to present a group of 22 women, most of whom had no connection to Missouri, in a single case all alleging that they developed ovarian cancer,’’ she said.

The result, “which awarded the exact same amounts to all plaintiffs irrespective of their individual facts, and differences in applicable law, reflects that the evidence in the case was simply overwhelmed by the prejudice of this type of proceeding,’’ Goodrich added.

The company’s products don’t contain asbestos and don’t cause ovarian cancer, she said. Goodrich predicted the verdict would be reversed. “The multiple errors present in this trial were worse than those in the prior trials which have been reversed.”

J&J knew its talc products were contaminated with asbestos and kept this information from reaching the public, Mark Lanier, the plaintiffs’ lawyer told jurors in closing arguments Wednesday. J&J sought to protect the image of Baby Powder as “their sacred cow,’’ he said.J&J “rigged’’ tests to avoid showing the presence of asbestos, Lanier said. If a test showed the presence of asbestos J&J sent it to a lab the company knew would produce different results, he told the jurors.