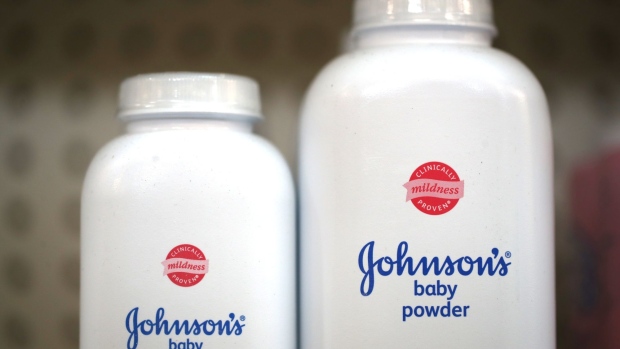 Johnson & Johnson has agreed to pay more than US$100 million to resolve over 1,000 lawsuits blaming its baby powder for causing cancer, in the first set of major settlements in four years of litigation, people with knowledge of the pacts said.

The accords, struck with several law firms, signal that the world’s largest maker of health care products is trying to get ahead of the burgeoning litigation, with some 20,000 lawsuits still pending, according to securities filings. They mark the first time Johnson & Johnson has settled the bulk of a plaintiffs lawyer’s cases in the baby powder suits, rather than individual suits on the eve of or during trial.

The deals come seven months since J&J last faced a jury reviewing evidence about the cancer risk of its signature talc product, which it maintains is safe, although it has replaced it with a cornstarch version in the U.S. and Canada. The company used the lull, due to the pandemic, to hold settlement talks, according to the people, who asked not to be identified because the matter is private.

Now that hiatus is about to end, as a trial over a factory worker’s claims of mesothelioma tied to talc is scheduled to start this month in California.

“In certain circumstances, we do choose to settle lawsuits, which is done without an admission of liability and in no way changes our position regarding the safety of our products,” Kim Montagnino, a J&J spokeswoman, said in an emailed statement. She said “scientific evidence” supports that position.“Our talc is safe, does not contain asbestos and does not cause cancer,” Montagnino said.

The settlements include cases brought by Simmons Hanly Conroy, Simon Greenstone Panatier PC and the Lanier Law Firm, according to the people.

Mark Lanier, a famed mass-torts practitioner, won a US$4.7 billion verdict against Johnson & Johnson in 2018, cut to US$2.1 billion on appeal. Lanier argued that J&J officials knew internal tests showed that asbestos, which researchers have linked to mesothelioma, tainted the powder, yet failed to disclose it for more than 40 years. The Lanier settlement doesn’t address that giant verdict, which the New Brunswick, New Jersey, company has appealed again, but it resolves almost all the law firm’s remaining ovarian cancer and mesothelioma cases against the company, the people said.

J&J settled more than 75 mesothelioma cases brought by Simmons Hanly and a similar number of such cases filed by Simon Greenstone, the people said.

Bloomberg Intelligence estimated in July that settling all the outstanding cases could cost J&J as much as US$10 billion.

The company is moving to get on top of the litigation, said Carl Tobias, a University of Richmond law professor who specializes in mass-tort cases.“J&J is generally loath to settle lawsuits, so when you see this kind of push, it’s part of a strategy rather than a sign of desperation,” he said.

In keeping with that strategy, the decision to swap out the talc with the cornstarch product in North American markets creates a deadline for future talc suits and helps quantify the company’s exposure, Tobias said.

In a July securities filing, J&J said it had “established an accrual primarily for defense costs, and reserves for potential settlement of currently pending mesothelioma cases,” without specifying how much it had set aside.

In the California trial starting this month, in state court in Oakland, Rosalino Reyes III says he used the company’s baby powder for about 50 years and was diagnosed with the asbestos-linked cancer in 2019. Opening arguments by videoconference are scheduled to begin Oct. 13, lawyers say.