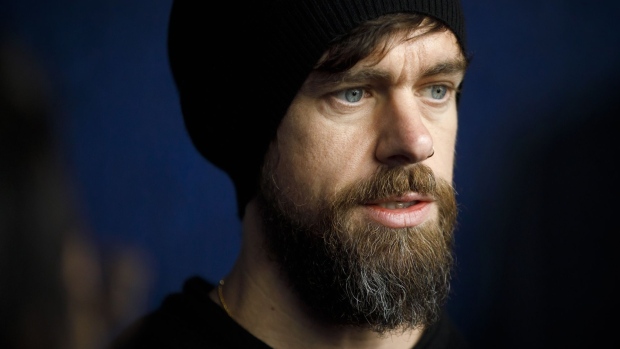 Jack Dorsey, chief executive officer of Twitter Inc. and Square Inc., speaks with members of the media following an Empowering Entrepreneurs event at Ryerson University in Toronto, Ontario, Canada, on Tuesday, April 2, 2019. Dorsey said he hopes the companies he co-founded won't be tethered to their headquarters in San Francisco. , Bloomberg

(Bloomberg) -- Jack Dorsey’s Block Inc. is among the companies contributing to a funding round for a Bitcoin miner in Africa fired by renewable power.

Bitcoin mining is an energy-intensive process in which electricity-guzzling computers secure the digital-asset’s blockchain by validating transaction data and unlocking tokens as a reward in return. Some studies estimate that the annual energy consumption involved exceeds the amount entire countries like Belgium use.

The investment is Block’s latest effort to push for sustainable and decentralized mining operations. It has recruited veteran crypto-mining engineers and managers to build out its mining unit and develop projects that can encourage individuals to mine Bitcoin. Most of the computing power for Bitcoin mining is currently from industrial-scale centers.

Gridless seeks to harness excess energy at small-scale renewable power sites in rural Africa, according to the statement. It has contracted five project pilots in rural Kenya with HydroBox, an African hydroelectric energy company, three of which are currently operational. Gridless plans to expand to other parts of East Africa in the near future, it said.

Mining profitability is heavily dependent on energy costs. The industry has been battered by persistently high electricity prices, a 66% slide in Bitcoin over the past year and stiff competition.