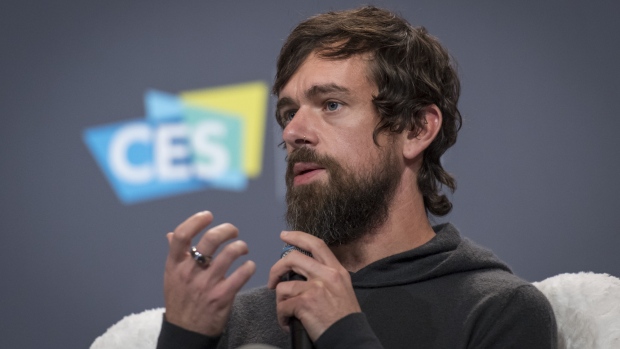 Jack Dorsey said he hopes the companies he co-founded, Twitter Inc. and Square Inc., won’t be tethered to their headquarters in San Francisco.

“Our center of gravity shouldn’t be San Francisco: we should be able to work from anywhere and contribute from anywhere and this concept of headquarters to me is a very old concept that is going to go away,” Dorsey, who is chief executive officer of Twitter and Square, said at an event in Toronto Tuesday. “We decentralize where we work, how we work.”

Dorsey said the change won’t happen anytime soon but he hopes to see the shift occur in five years. He cited large co-working operations like WeWork Cos. and the growing number of entrepreneurs building companies in coffee shops.

“Folks entering in the workforce space have an expectation that they can work from anywhere and technology frees you from being in any one physical location,” Dorsey said. “We need to optimize less for bringing everyone to one office and more for where do you feel most creative? Where are you going to do your best work?”

“We’re hiring five full-time people to work 100 per cent of their time on open-source crypto, could be Bitcoin, could be Ethereum, whatever they think is most important,” he said. “We’re not going to direct them in any way -- their job is just to make sure they’re contributing in a positive fashion, open and free to the crypto ecosystem to make it better.”

Last year, Square introduced Bitcoin trading to almost all users of Square Cash across the U.S., which allows people to transfer money to friends and family. He reiterated Tuesday that he believes the internet will adopt a single native currency, which he says could be Bitcoin.

“The cost of accepting cryptocurrency is much lower than accepting other forms of payments but the biggest thing comes down to security, convenience,” Dorsey said. “I know it doesn’t feel convenient today because it feels a little bit obtuse but that will change.”