Jack Ma is giving up the reins of Alibaba Group Holding Ltd. after presiding over one of the most spectacular creations of wealth the world has ever seen.

The former English teacher steps down as executive chairman of China’s largest company on his 55th birthday after amassing a US$41.8 billion fortune -- a trove surpassed only by India’s Mukesh Ambani in Asia, according to the Bloomberg Billionaires Index. His record-breaking rise from a bootstrapped entrepreneur working out of his apartment in 1999 to jet-setting e-commerce mogul is one for the history books, mirroring China’s own evolution from technological backwater to world’s No. 2 economy.

Over two decades, Ma and his co-founders built a business-to-business marketplace into a US$460 billion titan that bested EBay Inc. and Amazon.com Inc., operates the one of the world’s largest cloud computing businesses, and runs a logistics network that delivers millions of parcels every day. Now the country’s most recognizable businessman, he hands the helm on Tuesday to finance maven Daniel Zhang -- a momentous transition for Asia’s largest corporation. 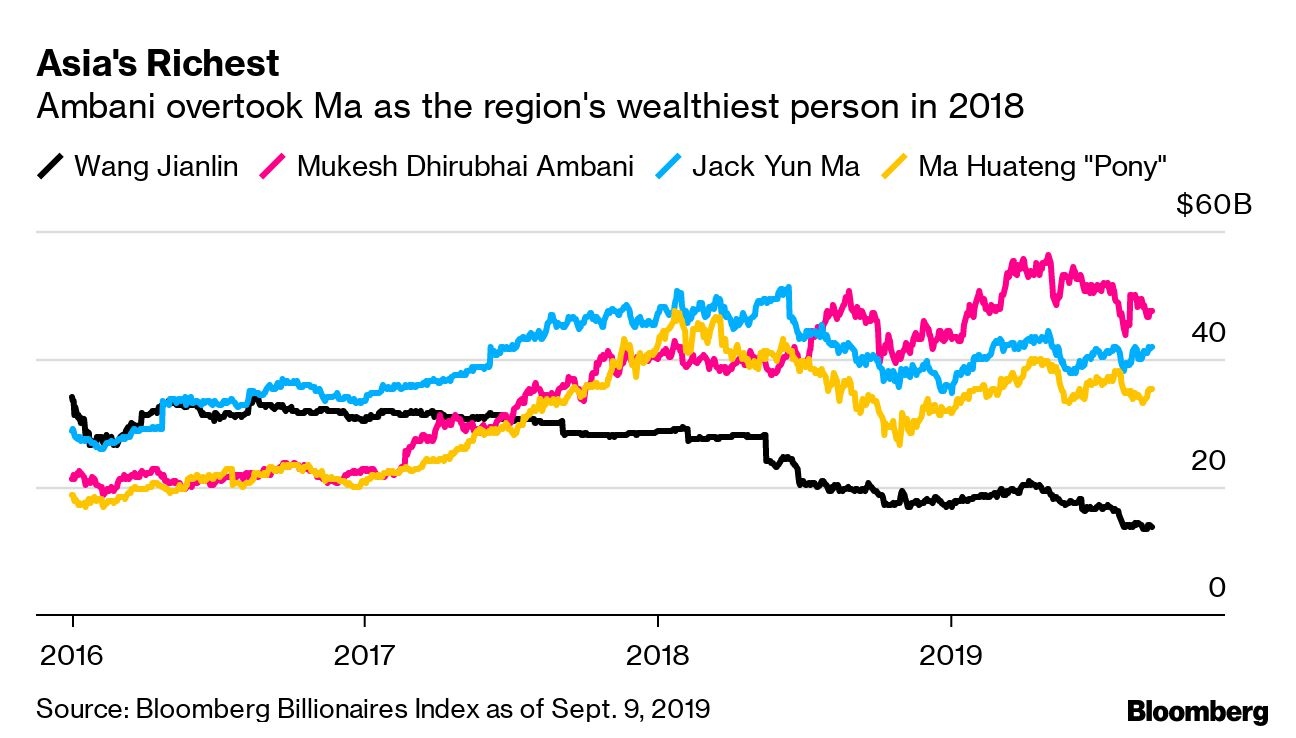 The Alibaba co-founder has become the face of Chinese business even while a member of the ruling Communist Party. Ma, who recalled in a 2015 interview how KFC once rejected his job application, currently owns a 5.3 per cent Alibaba stake worth US$24.6 billion, or about 10-fold the US$2.6 billion his 7.4 per cent slice in 2012 was worth. Since taking over as executive chairman in 2013, Alibaba’s revenue has surged about 1,100 per cent to 378.8 billion yuan (US$56.2 billion) in the year ended March 2019. His fortune doesn’t count shares in the company held by his foundation, or the value of stock he’s sold over time.

Ma isn’t the only person to derive fabulous wealth from the Alibaba empire. The company’s trajectory at one point spawned at least 10 other billionaires across its ecosystem, from a parcel delivery company and supermarket to an online payments affiliate. Despite stepping down, Ma is expected to remain pivotal to a sprawling industrial machine with e-commerce at its heart.

--With assistance from Pei Yi Mak.