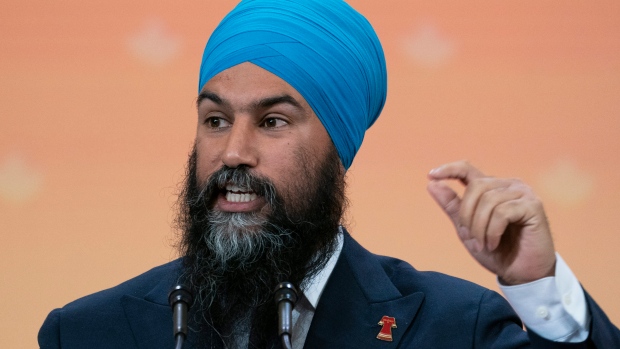 MONTREAL -- Jagmeet Singh says he understands why some people would resort to civil disobedience in the fight against climate change.

The NDP leader is in Montreal, where traffic was paralyzed for hours yesterday when three environmental activists from a group called Extinction Rebellion climbed the Jacques Cartier Bridge.

Singh says young people fear for their future and he understands that frustration and that anger.

He says he also understands that people who are angry do not always make careful decisions.

Montreal held the largest protest last month on a day that saw hundreds of thousands of Canadians take to the streets to demand greater action on climate change, with 16-year-old Swedish activist Greta Thunberg joining the event.

Singh says he blames the anger on a "lack of leadership" from the Liberals on climate change.