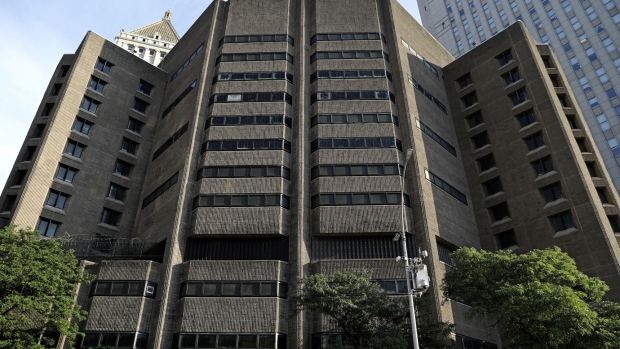 A few hundred feet from Ghislaine Maxwell’s sex-trafficking trial is the dark, shuttered jail where her onetime boyfriend Jeffrey Epstein hanged himself and left her to answer for their alleged crimes.

Workers have been hauling massive jail doors and ancient exercise equipment out of the 12-story Metropolitan Correctional Center, near Wall Street in Lower Manhattan, which was shut in October after years of corruption cases involving guards and reports of poor conditions. The future of the federal lockup, which has also housed fraudster Bernard Madoff and mobster John Gotti, is yet to be decided by the U.S. Justice Department.

All 260 remaining MCC inmates have been transferred across the East River to the federal jail in Brooklyn, where Maxwell has spent more than a year after her arrest and which itself has been sued over living conditions and legal access for detainees. The Manhattan jail’s 300 employees have been told to reapply for their jobs elsewhere in the federal prison system, and face the prospect of layoffs if they aren’t accepted, according to Tyrone Covington, the head of the correctional workers union.

The government isn’t saying what it might take to reopen the half-century-old complex, which has extensive structural damage, but prison critics are hopeful the closure offers a chance to rethink how to provide humane conditions for inmates. The effort comes amid a broader call for prison reform, which spurred the New York City Council in 2019 to vote for the closure of the notorious Rikers Island complex after multiple deaths and allegations of mistreatment.

In the wake of Epstein’s 2019 death, ruled a suicide by hanging, the Bureau of Prisons launched a task force to reduce suicides, with a priority on removing high-risk inmates from solitary confinement and housing them in group mental health units.

‘GET THE HELL OUT’

“I have had a grown man cry in front of me,” said Sabrina Shroff, a defense lawyer who has represented several clients housed at the facility. “I’ve had clients tell me they’d rather plead and get the hell out of here.”

Justice Department spokesperson Kristina Mastropasqua said MCC is “temporarily closed” and that officials may decide next year whether to rehabilitate the complex, build anew or permanently house all inmates at the Brooklyn jail. Any option might depend on an appropriation from Congress. Mastropasqua had no immediate comment on Covington’s assertion that the staff must reapply.

“There were bad actors there that are not going to be rehired,” said Craig Rothfeld, founder of prison consultancy Inside Outside Ltd. “This is a chance for the Bureau of Prisons and the Department of Justice to send a message that they’re holding people accountable.”

MCC guards have been charged with drug smuggling, blackmail and rape. In several recent cases, prosecutors have alleged that guards took bribes to let contraband into the jail, including drugs and mobile phones. In an indictment filed last month, they said a guard wrote to a judge overseeing one man’s case and called the man a “model inmate” to win him a reduced sentence, even as the inmate was bribing the guard for contraband.

The two guards monitoring Epstein failed to check on him for hours, instead searching the web for motorcycle sales and sports news, according to the U.S., which charged them with falsifying records in the hours after his death.

Mastropasqua said the criminal cases are being pursued separately from the administrative efforts to overhaul the jail.

“Incidents of potential criminal activity or misconduct inside BOP facilities are thoroughly investigated for potential administrative discipline or criminal prosecution,” she said.

Since its construction in the early 1970s, MCC has housed some of the nation’s most notorious criminals, including Khalid Sheikh Mohammed, mastermind of the 2001 terror attacks on the U.S. It is primarily used for defendants awaiting trial who are required to remain in custody.

At its conception, MCC was to be a crown jewel in a new network of federal holding facilities designed to foster secure but humane housing. But over the years the mission, like the jail, deteriorated. Originally built to house 480 inmates, MCC sometimes held almost twice as many. It had frequent sewage backups, and its design afforded little natural light, often shrouding it in darkness. Corroding beams so weakened a delivery bay that U.S. marshals no longer drive custody vehicles in for fear it might collapse.

The jail was also plagued by management problems, with a churning cycle of wardens overseeing it and high vacancy rates among the staff. With starting salaries below US$50,000, it struggled to attract guards and health care workers with experience or academic credentials, who could get higher pay at the New York Police Department or other law enforcement agencies in the region.

“No one wants to be there,” said Rothfeld, the prison consultant. “It’s almost like the feds’ version of Rikers. It’s more chaotic, less secure, there’s a feeling of more transience. You don’t hear about other federal prisons around the country whose conditions are as deplorable and inhumane as MCC was.”

Meanwhile Maxwell has been locked up in the Brooklyn complex since shortly after her arrest at a secluded New Hampshire estate last year. She made repeated efforts at release on bail, arguing that violent treatment and sleepless nights hobbled her trial preparation.