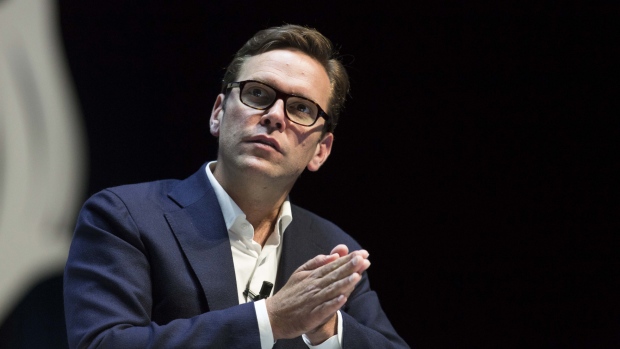 (Bloomberg) -- James Murdoch is acquiring a minority stake in Vice Media Inc., adding to his esoteric collection of media and technology, the Financial Times reported.

Lupa Systems, his holding company, is using proceeds from a blockbuster deal that put the bulk of the Murdoch family’s empire in the hands of Walt Disney Co., the Times said.

Murdoch, the former chief executive officer of 21st Century Fox Inc., parted ways with the business after his family struck the $71 billion deal with Disney. As an investor, he’s pursued a wide range of opportunities. They have included a Norwegian drone-technology company, a comic-book publisher and the venture capital firm Human Ventures.

With Vice, the 46-year-old Murdoch is buying into a business that some investors -- including Disney -- have lost faith in. Disney wrote off its entire stake in Vice earlier this year after struggles at the media upstart.

Vice, which has produced shows for HBO and operates the Viceland cable channel, is contending with sluggish ratings and a difficult market for online video -- one of its early growth businesses.

The company, which began as a hipster music and lifestyle magazine, once attracted investments from some of the biggest names in the media industry. At one point the business was valued at $5.7 billion.

Nancy Dubuc, the onetime CEO of A&E Networks, took charge of Vice last year and embarked on a turnaround. The company has cut its staff, but is also looking for ways to expand. That included the acquisition of Refinery29, an online publisher focused on women, earlier this month.

--With assistance from Gerry Smith.

To contact the reporter on this story: Nick Turner in Los Angeles at nturner7@bloomberg.net