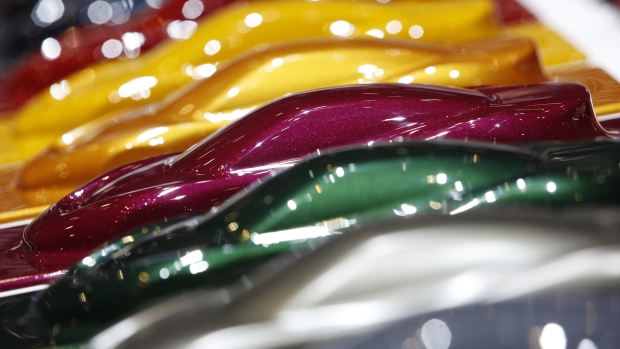 (Bloomberg) -- Activist investor Jana Partners has built a position Axalta Coating Systems Ltd., the car paint maker that announced a strategic review, according to people familiar with the matter.

The New York-based hedge fund run by Barry Rosenstein invested in recent months and has been pushing the company to explore alternatives, said the people, who asked not to be identified because the matter was private.

The exact size of its stake couldn’t be learned. Representatives for Jana and Axalta declined to comment.

Axalta’s shares rose 0.7% to $29.99 Friday, giving the Philadelphia-based company a market value of about $7 billion.

Axalta has formed a special committee to review options including a potential sale, it announced this week. It will also look at how it is executing its strategic plan and evaluate changes in capital allocation.

Sold by DuPont in 2013, Axalta supplies spray paint and metal treatments for automotive chassis. Analysts have long pegged it as a potential takeover target for larger rivals such as PPG Industries and Akzo Nobel NV.

--With assistance from Nabila Ahmed.

To contact the reporters on this story: Kiel Porter in Chicago at kporter17@bloomberg.net;Scott Deveau in New York at sdeveau2@bloomberg.net

To contact the editors responsible for this story: Liana Baker at lbaker75@bloomberg.net, Matthew Monks, Michael Hytha