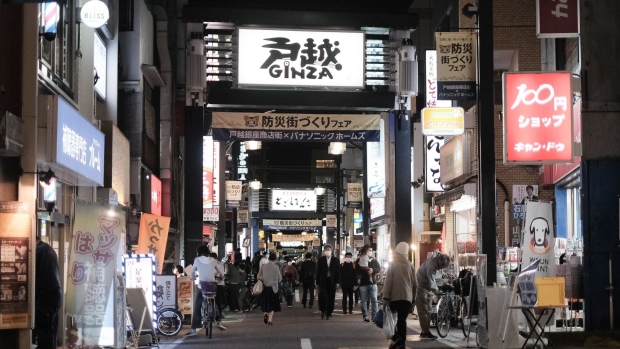 The Togoshiginza shopping district in Tokyo, Japan, on Wednesday, Oct. 19, 2022. September figures due Friday are expected to show Japan’s key inflation gauge hitting 3%, the highest in about 30 years after factoring out tax distortions. , Bloomberg

The total size of the package includes spending by local governments and the private sector, Kyodo said without saying where it got the information. The package is expected to include further measures to ease the pain of inflation for consumers and companies in a bid to shore up support for Prime Minister Fumio Kishida’s year-old administration.

Kishida has said the package will be unveiled by the end of this month.

In addition to dealing with inflation, the package aims to give companies more incentives to boost wages and take advantage of a weaker yen to boost inbound tourism and exports, and to bring back factories, according to documents seen by Bloomberg. It also plans to promote Kishida’s new vision of capitalism.

The latest price control efforts come after Kishida already extended gas subsidies and other measures. Public angst over rising costs of essential items like food and energy has cut support for the premier.

The yen’s historic slide is fueling inflation in food and energy imports and the government has stepped into the currency market to support the yen, saying it can’t tolerate excessive volatility.