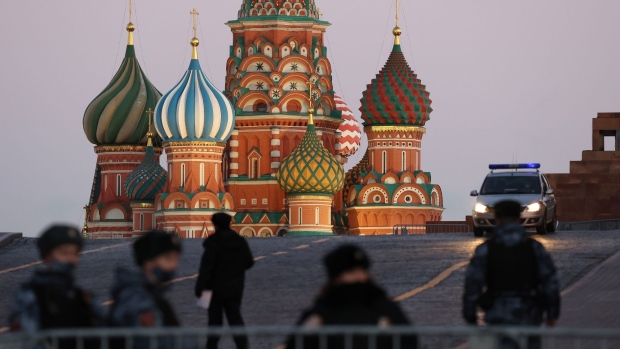 (Bloomberg) -- Japan demanded an apology from Russia for what it saw as the unjust detention of one of its diplomats in Vladivostok, who Tokyo said was blindfolded and physically restrained after the Kremlin falsely accused him of spying.

Top government spokesman Hirokazu Matsuno told a regular news briefing in Tokyo on Tuesday that the diplomat committed no illegal activity and Russia had violated international conventions through the detention.

“The treatment and accusations are absolutely unacceptable,” Matsuno said, adding the diplomat, who was detained on Monday, is facing no major health issues.

Russia expelled a Japanese consul in Vladivostok, accusing the diplomat of paying for sensitive information. Tatsunori Motoki was given 48 hours to leave the country, Russia’s Foreign Ministry said, according to Tass.

Russia’s Federal Security Service said the envoy in the Far Eastern city had been caught collecting “restricted information” about Moscow’s ties with an unspecified country in the region, as well as on the impact of sanctions on the local economy.

The incident has further strained already chilly ties between Russia and Japan, after Tokyo joined global powers to join in the sanctions regime to punish President Vladimir Putin for his invasion of Ukraine.

Japan and Russia have been at odds over four small islands that lie between them seized by the Soviet Union in the final days of World War II, preventing the two from formally ending hostilities. The Kremlin’s invasion of Ukraine has turned rising tensions into downright antagonism, with Russia saying it would halt talks on a peace deal due to sanctions Tokyo has imposed.