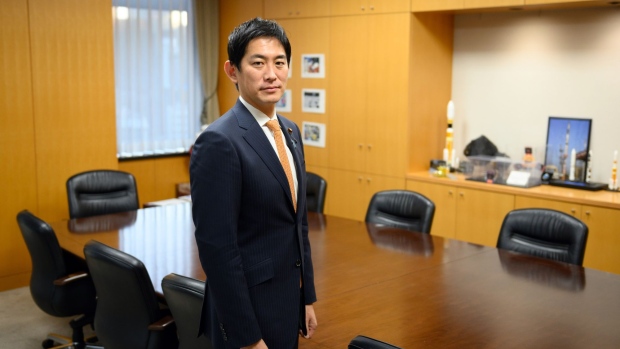 “First of all, the basic principle is that business is free,” said former finance ministry official Takayuki Kobayashi, who was appointed to the position in Prime Minister Fumio Kishida’s cabinet last month.

“Our country can’t prosper without that. When looking at areas to be protected or strengthened, like supply chains, we must communicate with private sector companies,” he told Bloomberg News in an interview Thursday

Kobayashi is charged with adding an economic perspective to national security strategy and drawing up legislation on bolstering supply chains, ensuring the safety of core infrastructure, nurturing advanced technology and protecting patents.

To be successful, Japan must seek a balance between allowing companies and research institutions to work together as needed across borders, while mitigating any side-effects in terms of national security, he added. When asked how the policies could affect Japan’s ties with China, Kobayashi said he didn’t have any specific country in mind.

The comment is similar to Japan’s policy to subsidize companies moving supply chains back home, which also didn’t specifically mention China. However, former Prime Minister Shinzo Abe has said the measure was aimed at China.

In terms of supply chains, the vulnerabilities that became obvious during the Covid-19 pandemic need to be tackled -- though not necessarily by switching to domestic production, he said.

“As technology advances, each country is trying to strengthen its technological and industrial base, and in some cases making large public investments. Japan has to face up to that,” Kobayashi said.

Japanese officials said last week they are looking to provide around half the setup costs of semiconductor factories built in the country as they look to shore up chip supplies, with shortages hampering production of a wide range of goods.

That will mean about 400 billion yen ($3.5 billion) in an extra budget for this fiscal year to help TSMC set up its planned plant in the southwestern prefecture of Kumamoto, according to a report in the Nikkei newspaper Wednesday. Another 200 billion yen would be available to spend on potential capacity expansions by companies including Micron Technology and Kioxia Holdings, the paper said.

The official figures are set to be released by the government Friday, but Japan’s spending is dwarfed by the $50 billion pledged by U.S. President Joe Biden for domestic chipmaking.

The World Is Short of Computer Chips. Here’s Why: QuickTake

The EU has also opened the door for more government handouts to tackle chip shortages, though the move has sparked concerns about a potential subsidy race among its members.

While Japan is seeking to attract technology investment from overseas, it was concern over leaks of its own technology that first sparked Kobayashi’s interest in economic security, he said. He has worked on the issue in ruling Liberal Democratic Party panels for three years, producing a policy proposal at the end of 2020.

“Advanced technology, which had been carefully nurtured by Japan, sometimes at taxpayer expense, was leaking overseas by both legal and illegal means,” he said. “It could be buyouts, cyberattacks or luring personnel. I had a great sense of crisis about this.”