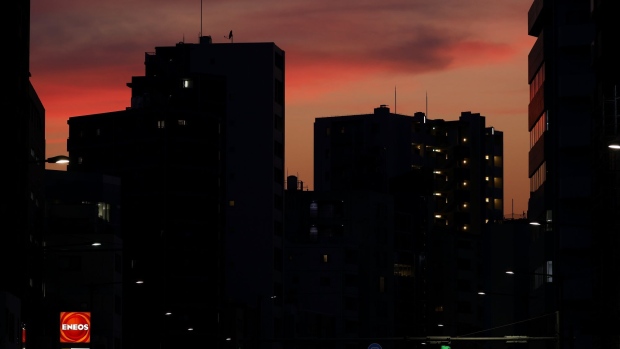 Residential and commercial buildings at dusk in Tokyo, Japan, on Friday, July 1, 2022. The government issued a heat stroke alert for several regions in the country including the nations capital, urging people to take health precautions amid scorching temperatures. , Bloomberg

(Bloomberg) -- Malaysia will curb liquefied natural gas shipments to Japan this winter after a pipeline leak disrupted exports, another hit to already strained global supplies of the power-station fuel.

Petroliam Nasional Bhd. has made a request to reduce contracted deliveries to several Japanese customers through the year-end, according to traders with knowledge of the matter. Petronas said Wednesday that it declared force majeure on supply to its LNG export facility due to a leak on Sabah-Sarawak Gas Pipeline on Sept. 21.

A landslide last month likely caused damage to the conduit, although it may be repaired before the end of the year, according to traders. Roughly 10 LNG shipments will be lost over the next three months, they estimated. Malaysia delivered 51 cargoes to Japan from October through December last year, according to ship-tracking data. Japan is the biggest buyer of Malaysian LNG.

The reduction in scheduled shipments threatens to intensify a scramble in Asia to find replacement cargoes, boosting competition with Europe for scarce supply. Global gas prices surged to a record earlier this year after Russia’s invasion of Ukraine upended energy markets.

The state-owned Petronas didn’t respond to a request for comment regarding the impact on Japanese customers.

Japan, which imports most of its energy needs, is grappling with a worsening shortfall, and narrowly avoided blackouts earlier this year. The government is expected to call on residents and businesses to conserve power this winter.