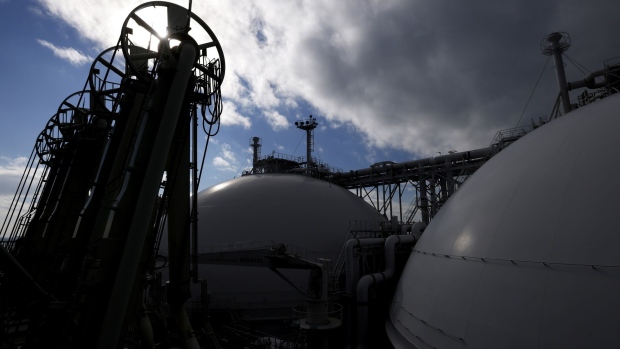 (Bloomberg) -- Japan will provide a public-private loan worth as much as 130 billion yen ($900 million) to the nation’s top power producer to buy liquefied natural gas, the latest effort by the government to avoid a crippling fuel shortage this winter.

The Japan Bank for International Cooperation and private sector banks formed a lending agreement to help Jera Co. procure LNG, according to a statement on Thursday.

“As Japan’s public financial institution, JBIC will support efforts by companies to secure a stable supply of important resources and contribute to Japan’s energy security,” the organization said in a statement.

Japan, which imports most of its energy needs, narrowly avoided blackouts in Tokyo earlier this year and is preparing for a renewed squeeze on supply in the coming months. The government is expected to call on residents and businesses to again conserve power this winter, and a decision to directly support fuel procurement by utilities underscores concern about supply.

The move by JBIC also comes after Malaysia requested to curb contracted deliveries to several Japanese customers through the year-end due to a disruption to exports.