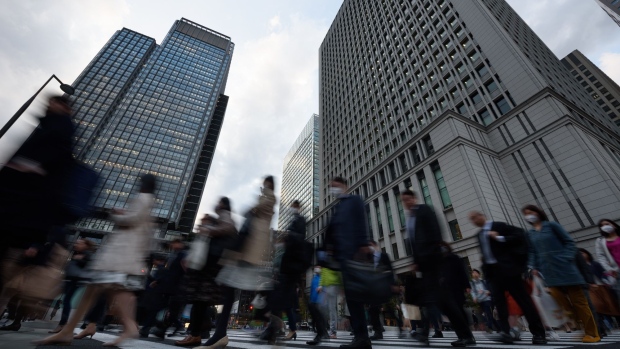 (Bloomberg) -- Japan is planning to restart operations at Japan Investment Corp. and will seek a budget of about 100 billion yen ($921 million) for the public-private fund, Nikkei reported.

The budget for JIC, which stopped activity in late 2018 because of a rift between the fund and the government over salaries, could come from Japan’s fiscal investment and loan program, the report said, without citing anyone.

The Japanese government aims to restart JIC’s operations from the next fiscal year starting April by improving governance. The fund is scheduled to hold an extraordinary shareholders meeting on Tuesday to appoint Keisuke Yokoo, former president of Mizuho Securities Co., as the new president, Nikkei said.

To contact the reporter on this story: Chikafumi Hodo in Tokyo at chodo@bloomberg.net

To contact the editors responsible for this story: Shamim Adam at sadam2@bloomberg.net, Siraj Datoo