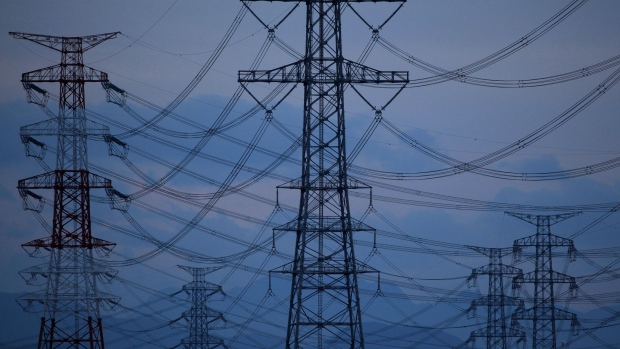 Power transmission lines are suspended from electricity pylons in Saitama, Japan. Utilities powering Japan, the world’s third-biggest economy, have been forced to turn to coal, oil and gas-fired plants to keep factories, offices and households supplied with electricity. , Shoko Oda and Stephen Stapczynski

(Bloomberg) -- Japan’s Fair Trade Commission will issue a record-high fine on three utilities due to antitrust violations, the Nikkei reported on Friday.

The fine will be in the tens of billions of yen, the paper said, which would be at least $71 million.