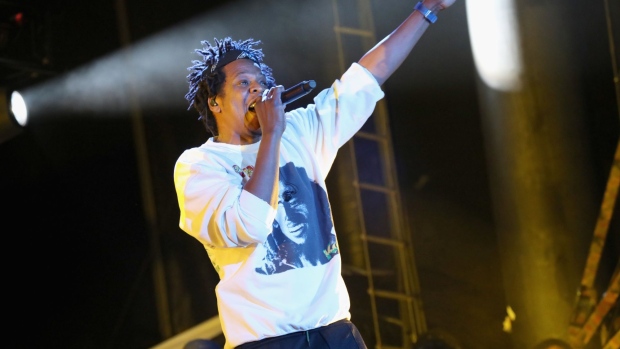 Rapper Jay-Z settled a dispute with Iconix Brand Group Inc. stemming from its acquisition of his Rocawear clothing business more than a decade ago.

New York-based Iconix said in a regulatory filing Wednesday that it had sold certain intellectual property assets to the hip-hop mogul’s Roc Nation LLC and membership interests in his Marcy Media LLC to another entity for US$15 million as part of the settlement, which resolves two lawsuits and an arbitration proceeding.

Alex Spiro, a lawyer for Jay-Z, declined to comment.

Iconix, whose brands include Candie’s and Joe Boxer, paid about US$204 million in 2007 to acquire Rocawear. It has since written off almost the entire investment, and the two sides have been feuding for years. Iconix sued Jay-Z in 2017 over a series of baseball caps the company alleged infringed on its trademarks for Roc Nation, a higher-end Rocawear brand whose rights it purchased in 2013. The rapper responded with a suit alleging he was the victim of a “massive years-long fraud.”

The parties agreed to submit any disputes to arbitration as part of a 2015 settlement, and the company initiated proceedings in October 2018 in connection with the trademark dispute. Jay-Z sued in November 2018 to halt those proceedings because there weren’t enough African-Americans approved to hear his case, but later consented after arbitrators agreed to allow the case to be heard by a larger panel including black candidates.

In the midst of the litigation, Jay-Z was forced to testify in a U.S. Securities and Exchange Commission probe of Iconix, which wrote down the value of Rocawear by $169 million in March 2016 and another US$34 million in 2018. The company restated financial results in November 2015 over how it classified some expenses and recognized revenue related to licensing agreements. Jay-Z’s lawyers complained that the SEC, in compelling the rapper’s testimony, was engaging in a “celebrity hunt.”

Iconix shares were down 33 cents, or 15 per cent, to US$1.81 in midday trading Thursday in New York. The company on Tuesday night reported that revenue for the third quarter fell $35.5 million, or 23 per cent, from a year earlier, below the US$36.6 million that had been expected by analysts polled by Bloomberg.