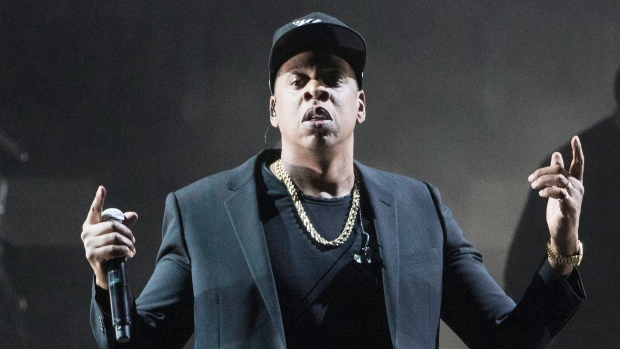 In this Nov. 4, 2016 file photo, Jay-Z performs during a campaign rally for Democratic presidential candidate Hillary Clinton in Cleveland. , The Canadian Press

He’s not a businessman, he’s a business, man -- and it looks like Spotify is good for business.

Jay-Z, who pulled most of his albums from Spotify Technology SA in 2017 in favour of his rival Tidal platform, celebrated his 50th birthday Wednesday by returning his music to the world’s largest audio streaming service. The Swedish company welcomed him back in a tweet at midnight New York time.

It also raises questions about the health of Tidal, which Jay-Z bought for US$56 million in 2014. The closely held service hasn’t reported subscriber figures since touting 3 million paying customers in 2016. Spotify reported 113 million subscribers in its most recent quarterly results, in October. Tidal didn’t immediately respond to a request for comment Wednesday.

--With assistance from Erin McClam.