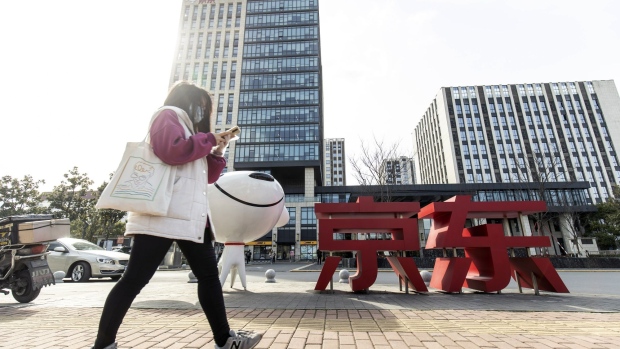 (Bloomberg) -- U.S. regulators added a broad range of Chinese companies, including JD.com Inc., Pinduoduo Inc. and Bilibili Inc., to a expanding watchlist of companies that face possible expulsion from American exchanges because of Beijing’s refusal to allow access to the businesses’ financial audits.

The Securities and Exchange Commission on Wednesday said it added the companies to a provisional lineup of U.S.-listed Chinese firms that face delistings under a 2020 law, starting a three-year clock to comply with inspection requirements that cover all public companies in the country.

Wall Street’s main watchdog has long been expected to crack down on about 200 New York-traded firms with parent companies based in China and Hong Kong because the jurisdictions refuse to allow the inspections. The SEC’s publication of companies over several weeks has jarred investors who’d been hoping for a deal between regulators in Beijing and Washington.

How U.S. Is Targeting Chinese Firms for Delisting: QuickTake

The U.S. and China have been at odds for two decades over the mandate that all companies that trade publicly in America grant access to audit work papers. Since Congress passed the law in 2020, the Public Company Accounting Oversight Board, which oversees auditors, and the SEC have been laying the groundwork for identifying companies that don’t comply.

Firms face removal if they shirk requirements for three straight years, meaning they could be kicked off the New York Stock Exchange and Nasdaq as soon as 2024.

Critics say Chinese companies enjoy the trading privileges of a market economy -- including access to U.S. stock exchanges -- while receiving government support and operating in an opaque system. But regulators in Beijing argue that Chinese national security law prohibits them from turning over audit papers to U.S. regulators.